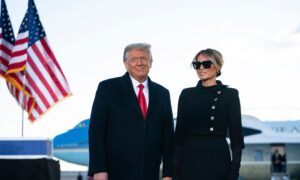 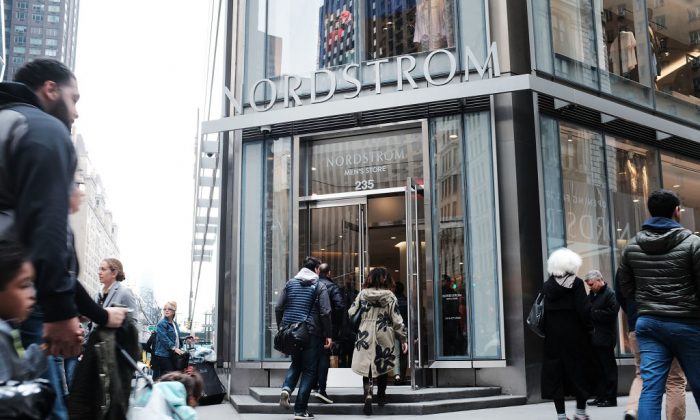 US Retail Sector on the Mend

Everyone loves a good comeback story. The U.S. retail sector, after years of struggling to attract consumers, investors, and positive press coverage, may finally be seeing a comeback on the horizon.

For years, the prevailing narrative was that retail is in the midst of a multiyear downturn driven by a secular shift in consumer preference for online shopping. The negative sentiment hit the stocks and bonds of retailers as well as commercial real estate operators.

With better-than-expected 2017 holiday shopping numbers, there are signs of a rebound, and investors in retail stocks have seen early—albeit small—returns for their patience. As of April 27, the S&P Retail Select Industry Index was up 1.02 percent year-to-date, outpacing the broader S&P 500 Index by about 100 basis points during the same period.

To be sure, e-commerce and Amazon.com’s dominance will continue to challenge brick-and-mortar sales, but retail companies are beginning to figure out the formula of success in this new era.

Economic data are serving as tailwind for the sector. Commerce Department data released in April showed a 0.6 percent increase in U.S. retail sales in March, the first gain in three months. The data confirmed the Federal Reserve’s earlier views that retail weakness at the very beginning of the year was likely transitory.

There may be room to run on that front. Consumer optimism remains high thanks to rising wages, relatively high employment, and President Donald Trump’s Tax Cuts and Jobs Act. Specifically, refunds from 2017 tax returns likely contributed to the recent growth, which should help an economy largely reliant on consumer spending.

And this has a direct benefit for retail. The retail industry previously paid the highest effective tax rate of any sector in the U.S. economy, according to the National Retail Federation, an industry group. A 2017 study by the University of Pennsylvania’s Penn Wharton Budget Model estimated total savings of $171.4 billion over 10 years for retailers as a result of Trump’s corporate tax cuts.

This windfall will further propel the retail industry’s makeover. Brick-and-mortar stores, which have been the most impacted by online shopping, have been reinventing themselves in recent months to attract new customers.

The first order of business is to examine the current business model and stop the bleeding from unprofitable stores or brands. The media narrative that retail companies are accelerating store closures doesn’t tell the entire story.

For example, the headlines state that electronics retailer Best Buy is shuttering 257 stores in 2018. But digging deeper shows that those 257 locations are its small-format mobile outlets, which primarily sell mobile phones. Such locations opened a decade ago to take advantage of increased consumer interest in smartphones and served their purpose for several years before becoming unprofitable recently due to flat-lining demand for mobile phones. Closing those stores allows Best Buy to shift valuable resources into growing business areas. The company as a whole grew its revenue from $39.4 billion in fiscal year 2017 to $42.2 billion in 2018.

Some companies are indeed retrenching as they work to turn around their business. Abercrombie & Fitch, the teenage apparel darling of the early 2000s, announced that it would close 60 U.S. locations this year. Those closures are partially offset by the opening of 11 new locations in the United States and 10 new stores abroad—the company’s Hollister brand has a huge following internationally.

Macy’s, perhaps the nation’s biggest and most visible department store chain, is reinventing its existing store space. The company has been the most aggressive in licensing concession spaces within current stores. Concession space is floor space licensed out by a department store to brand partners who operate independent shops within the store. The brand partners pay a fee to the store, but otherwise keep the majority of sales.

In recent years, Macy’s has experimented with concession space for Sunglass Hut, Lids, and others, as well as establishing The Market @ Macy’s, a pop-up concept to showcase up-and-coming designers and brands.

“Macy’s management remains committed to forming licensed partnerships to help drive store traffic, improve the shopping experience and boost sales productivity,” Bank of America wrote in an April 18 note to clients. “We expect it to continue to experiment until it finds the right mix.”

Macy’s, a longtime opponent of off-price retailing, has recently joined the fray with the limited launch of Macy’s Backstage in 2016. It currently has 45 Backstage shops—most are within existing Macy’s stores—and the company is planning to open another 100 shops this year, with an emphasis on independent stores within malls.

As of April 27, shares of Macy’s are up 29 percent since the beginning of the year, a positive trend that has continued since its stock bottomed out right before its Nov. 9, 2017, earnings announcement.

The Seattle-based Nordstrom has emerged as another leader in the beaten-down sector and runs a business model that can sustain retail success going forward.

Nordstrom is an early adopter of off-price retailing. Nordstrom Rack, its discount chain, first opened in 1973. It currently has around 230 stores in North America, and the company plans to launch the concept in Canada this year.

“In 2017, Nordstrom’s off-price business, including the Rack, NordstromRack.com, and HauteLook.com, represented one-third of the company’s sales and two-thirds of sales growth,” according to Bank of America.

Nordstrom is adept at omnichannel marketing, an industry term that means engaging consumers using multiple channels, including in-store, online, mobile, and social media, in a unified and seamless manner.

For instance, consumers can load up their Nordstrom wishlist or shopping cart by clicking directly on photos from social media platforms Instagram and Pinterest, to either make the purchases online or in store. This is made possible by the company’s partnership with Like2Buy, a platform that enables shopping directly from social media feeds with its advanced inventory tools.

Over the past several years, Nordstrom has been making huge investments in inventory systems and retail technology, which makes this integration possible. It was one of the earliest retailers to display store-by-store inventory to online shoppers in 2010.

“Today, we have more than 60 combinations in which merchandise is ordered, fulfilled, and delivered,” Nordstrom President Blake Nordstrom told analysts during the company’s 2017 fourth-quarter earnings call. “Our accelerated investments in our digital platform continue to pay off with digital sales representing 30 percent of our full-price business.”