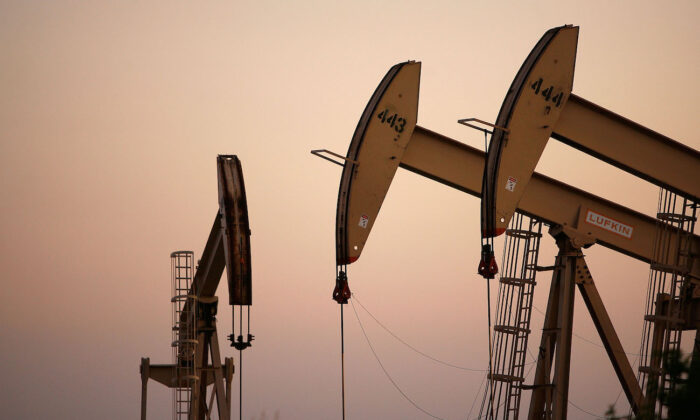 The Biden administration on April 15 said it would resume plans to facilitate oil and gas drilling on federal lands, but that it would offer fewer acres of land than initially proposed for lease sales, and charge higher royalties to oil and gas companies.

The Interior Department’s Bureau of Land Management (BLM) will make 144,000 acres of federal land available for leasing by energy companies. The figure is about 80 percent less than the 733,000 acres that had previously been under evaluation.

The decision came as a result of “robust environmental review, engagement with Tribes and communities, and prioritizing the American people’s broad interests in public lands,” the Interior Department stated.

Companies will be charged royalties of 18.75 percent of the value of extracted oil and gas products—a bump up from 12.5 percent—to “ensure fair return for the American taxpayer and on par with rates charged by states and private landowners,” the department said.

“For too long, the federal oil and gas leasing programs have prioritized the wants of extractive industries above local communities, the natural environment, the impact on our air and water, the needs of Tribal Nations, and, moreover, other uses of our shared public lands,” Secretary of the Interior Deb Haaland said in a statement.

“Today, we begin to reset how and what we consider to be the highest and best use of Americans’ resources for the benefit of all current and future generations.”

The move comes amid ongoing pressure for the Biden administration to address high energy prices across the nation, especially gas prices above $4 a gallon.

It also brings the administration into compliance with an injunction from the Western District of Louisiana.

Biden, just a week after taking office in January 2021, paused new oil and gas leasing on federal lands and waters, via Executive Order 14008. The administration was ordered in June 2021 to resume the sales, with the federal judge in Louisiana siding with several oil- and gas-producing states and saying Interior officials had offered no “rational explanation” for the pause on new leasing.

Interior Department officials declined to specify which states would have parcels for sale or to give a breakdown of the amount of land by state, saying that information would be included in the April 18 sales notices. They said the reduced area being offered reflects a focus on leasing in locations near existing oil and gas development, including pipelines.