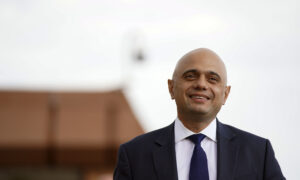 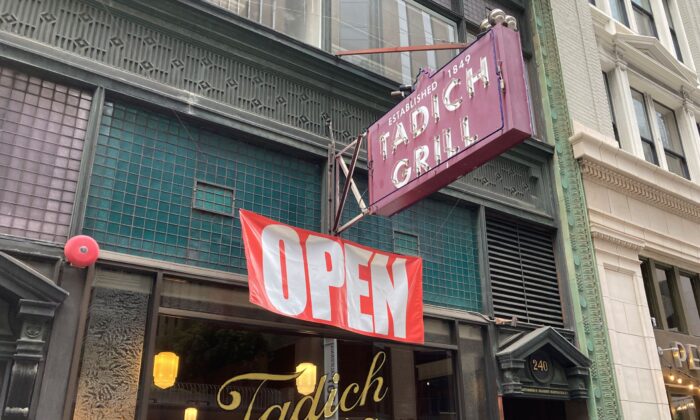 “COVID-19 has eradicated the overall appeal of restaurants, and many businesses have crumbled down due to heavy financial losses,” Lori Bogedin, chef, culinary expert, and owner of Twigs Café in Tunkhannock, Pennsylvania, told The Epoch Times.

To provide assistance, the Restaurant Revitalization Fund (RRF) was initiated in May 2021, when President Joe Biden announced the federal grant program to help relieve restaurants, bars, and other businesses in the foodservice industry. The $28.6 billion in federal aid was a portion of the total $1.9 trillion American Rescue Plan.

The Small Business Administration (SBA) accepted grant applications for the relief, prioritizing restaurants owned by women, veterans, and socially and economically disadvantaged individuals. Within the first two days of the start of the program, the SBA received more than 186,000 applications. In all, the RRF granted aid to about 101,000 restaurants; the average grant size was $283,000, and more than half of the grants were less than $150,000.

Within three weeks, however, funds were depleted. The SBA disabled the program—meaning it would no longer accept applications—on July 14 but said it would keep the applications it had already received, in case Congress allocates additional funding.

At least 177,000 other restaurants that filled out applications and qualified for funding didn’t receive any monetary help as the funds ran dry. They are now hoping the fund will be replenished so they, too, can continue operations.

“We have three restaurants and all were doing well before the pandemic,” Lindsay Tusk, co-owner of Cotogna, Quince, and Verjus in San Francisco told The Epoch Times. “Verjus is currently closed and revenues are down between 50 and 70 percent at others.”

Tusk sent in her application minutes after the portal opened and has yet to receive funding.

“Consistently staying at 15 to 20 percent of our usual business for an extended amount of time was obviously difficult,” Chris Shepherd, chef and owner of Underbelly Hospitality in Houston, told The Epoch Times. “We continued to take on debt to make sure that we could survive, with the hopes of this ending soon. With the promise of what we were receiving, we were finally able to breathe a little easier.”

But funds from the RRF never reached Shepherd.

“When we were told it wasn’t possible because of all the applicants, it took a toll on me mentally. While we are continuing to try to be a pillar in our community, not receiving the help we fought so hard for was really difficult.”

As restaurants reopen around the country, some of the buzz of activity can be misleading: in August, a poll of more than 5,000 business owners by Alignable found that 45 percent of restaurants were unable to pay their rent for the month, compared to 40 percent who couldn’t pay rent in July.

Even if business picks up, it may be tough to cover rising costs and lingering debts from pandemic-related closures during the past months and year. It’s estimated that the restaurant industry lost $290 billion in sales during the first 13 months of the pandemic. In addition, 90,000 restaurants have closed for good or long-term, and more than 1.5 million jobs have not been recovered. Many eateries struggle to hire workers, as unemployment benefits hover around pay rates at some establishments, demotivating those without work to apply.

Other workers who have been hired are walking away, often in search of better benefits. Food prices are also on the rise: grain prices nearly doubled from August 2020 to August 2021; beef and veal, along with oils, have increased by almost 60 percent; eggs, pork, and poultry are up around 30 percent.

In a September survey, the IRC found that 85 percent of restaurant and bar owners reported not receiving an RRF grant. In addition, more than 92 percent of restaurant and bar owners are concerned they will go out of business without a grant. Further solidifying the direness of the situation, nearly one in five owners said their credit scores have dropped below 570 during the pandemic, making them ineligible to take out additional loans.

Efforts to reopen the fund and provide more assistance are growing. As of Sept. 15, 218 members of the House of Representatives had shown support for the bill. Legislation has been introduced in both chambers of Congress, which provides an additional $60 billion in funding for the RRF.

In terms of assistance, the RRF was designed to provide debt-free support in the amount of annual revenue lost from 2019 to 2020. The aid can be exclusively used for qualifying expenses between Feb. 15, 2020, and March 11, 2023. These expenses include payroll, mortgage payments, rent, utilities, maintenance, outdoor seating construction, protective equipment and supplies, food and beverage, operational expenses, and business debt payments. Grants are capped at $10 million per restaurant group, and each eligible restaurant group may not exceed more than 20 entities. And for each business, the limit is $5 million.

If passed, the relief will be a welcome sign to the owners it reaches—and gives them the chance to keep doors open. “It would help so many people breathe easy,” Shepherd said. “It would help our landlords and would be able to at least help with the debt this whole industry has been forced to take on because of this.”