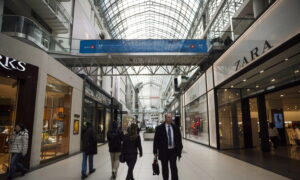 American Reps in Taiwan Not Happy About Satellite Disruption

TAIPEI, Taiwan—The American Institute in Taiwan, a stand-in for the U.S. Embassy in the country, expressed concern on Oct. 9 over the disruption of a satellite signal of a Chinese-language television network which broadcasts over mainland China and Taiwan.

Representatives of New Tang Dynasty Television’s Asia-Pacific branch (NTDTV) lodged a complaint with the offices of the American Institute in Taiwan (AIT) about the way their case had been handled.

Thomas Hodges, AIT spokesman, was supportive, promising to keep the U.S. State Department, which funds them, and other concerned parties in the loop.

NTDTV is headquartered in New York, and its Asia Pacific division is part of its global broadcast network. The channel is banned in mainland China and the subject of anger by the Chinese Communist Party for its reportage on human rights abuses, religious freedom, and ethnic unrest in China.

Hodges said that AIT’s main concerns are the interests of U.S. companies in Taiwan, and the interference with the free flow of information as well as Taiwanese government and Legislature’s reactions to the incident.

NTDTV’s signal began to experience problems in late September, culminating in a full day outage on Oct. 1, the date marking sixty years of communist rule in China. NTDTV suspects that the timing was no coincidence, and that it is possible that their signal was deliberately jammed.

"We were pleased to learn that AIT has visited Taiwan’s National Communications Commission to express its concern about the disruption of NTDTV’s broadcast signal, as they have never heard of this kind of incident,” said Gail Rachlin, the network’s spokesperson.

The National Communications Commission’s findings are expected to come out in two weeks.

Chunghwa Telecom, the carrier of the signal that experienced the interference, had previously responded to the concerns.
They said that after they detected the anomalies in NTDTV’s signal on Sept. 17, 2009, they checked their equipment but found no problems. They said that they have been trying to identify the source of the interference, but that it is difficult to find the origin of an unknown, interfering carrier wave.

NTDTV said they were unsatisfied with the response. AIT officials wouldn’t comment further until the investigation comes out.