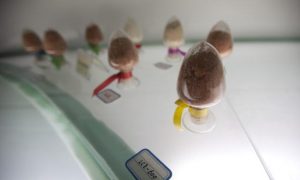 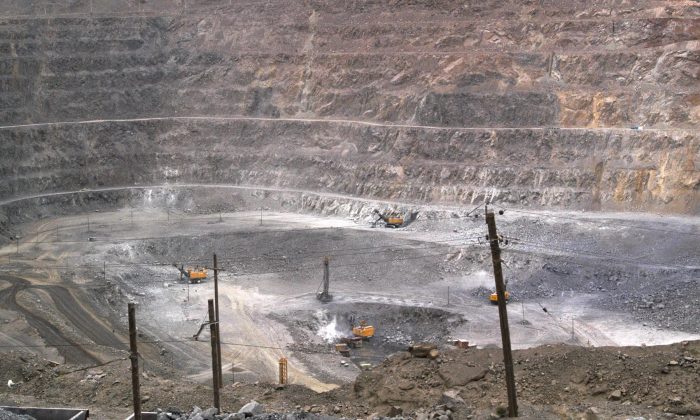 The U.S. government said it would take “unprecedented action” to ensure the country doesn’t get cut off from supplies of rare earths and other critical elements, after the Chinese regime suggested that it would stop selling the strategically important minerals to the United States.

The Department of Commerce published a 50-page report on June 4 that included 61 recommendations, including measures to boost domestic production, in order to reduce the country’s dependence on imports, mostly from China.

The country is “heavily dependent” on foreign sources of minerals, including rare earths—a group of 17 elements critical for manufacturing consumer and military technologies, including electric vehicles, smartphones, wind turbines, satellites, missiles, and semiconductor chips, according to the report.

China supplied 80 percent of the rare earths imported by the United States from 2014 to 2017. It has a near-monopoly on global rare earths production.

“These critical minerals are often overlooked but modern life without them would be impossible,” said Commerce Secretary Wilbur Ross in a statement. “Through the recommendations detailed in this report, the Federal government will take unprecedented action to ensure that the United States will not be cut off from these vital materials.”

The report was released a day after the Chinese regime’s planning body said it was considering proposals to establish export controls on rare earths.

Since the breakdown of U.S.–China trade talks in May, a visit by Chinese leader Xi Jinping to a Chinese rare earth company, coupled with recent commentaries in state-run media, has fueled speculation that the regime may retaliate against the recent U.S. tariff hike and export ban on Chinese telecom giant Huawei by halting exports of rare earths to the United States.

Experts, however, have warned that such an option would harm the Chinese economy and backfire on the regime.

The report stated that the United States’ dependence on foreign sources of critical minerals created “strategic vulnerabilities” to its economy and military.

“If China or Russia were to stop exports to the United States and its allies for a prolonged period—similar to China’s rare earths embargo in 2010—an extended supply disruption could cause significant shocks throughout U.S. and foreign critical mineral supply chains,” it stated.

In 2010, Beijing cut off exports of rare earths to Japan after a Chinese fishing boat collided with two Japan Coast Guard ships in the East China Sea. Also that year, the regime imposed strict quotas on rare earth exports, prompting the United States, the EU, and Japan to file a complaint in 2012 with the World Trade Organization (WTO). The WTO ruled against China in 2014.

The report recommended a range of measures to boost self-sufficiency in critical minerals, from short-term steps, such as stockpiling, to long-term moves including exploring deposit sources, constructing new mines, and re-establishing manufacturing and processing capacity.

It also called for increasing trade and collaboration with allies such as Japan, Australia, and the EU—some of whom have rare earths deposits—as well as research and development on domestic supply chains.

To develop the U.S. industry, it proposed streamlining approvals of mining permits, and removing regulatory obstacles for critical mineral development.

California’s Mountain Pass mine is the only operating U.S. rare earths facility. But MP Materials, owner of Mountain Pass, ships the roughly 50,000 tons of rare earth concentrate it extracts each year to China for processing, as there are no processing facilities in the United States.