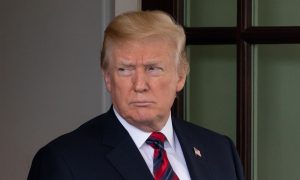 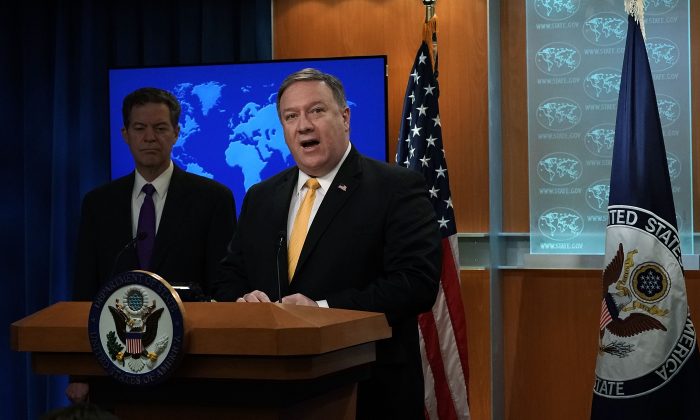 US Report Condemns China, North Korea, and Others For Persecution of Religious Freedom

WASHINGTON–China, North Korea, Russia, Saudi Arabia and a handful of others continue to abuse religious freedom in their respective countries without hesitation, a U.S. State Department report says.

“The United States will not stand by as spectators,” Secretary of State Mike Pompeo said during the press briefing at the State Department on Tuesday to introduce the latest annual international religious freedom report. “We will get in the ring and stand in solidarity with every individual who seeks to enjoy their most fundamental of human rights.”

This year’s report was prepared in part by Pompeo’s predecessor Rex Tillerson, who notably singled out China during last year’s report launch briefing in August. China’s religious freedom standing this year has not improved in the slightest, as the report detailed how the Chinese regime continues to persecute heavily Falun Gong practitioners, Uyghur Muslims, Tibetan Buddhists, and Christians in China.

“The ministerial will also be my first to host as secretary of state,” he said. “And that’s very intentional. Religious freedom is indeed a universal human right that I will fight for.”

The State Department is mandated by Congress to release the annual report, which reviews the state of religious freedom in countries around the world for the previous year.

The report’s section on China documents numerous abuses of religious freedom in 2017. In Xinjiang, human rights groups and others reported hundreds of thousands of Uyghur Muslims were forcibly sent to re-education camps, and extensive and invasive security and surveillance were imposed on the Uyghur population, according to the report.

The report’s section on North Korea cited a South Korean NGO and said there were 1,304 cases of violations of the right to freedom of religion or belief by DPRK authorities during the year, including 119 killings and 87 disappearances.

Echoing Pompeo, U.S. Ambassador-at-Large for International Religious Freedom Sam Brownback said that “the situation remains dire for way too many people around the world” during a press briefing at the Foreign Press Center.

.@State_IRF Ambassador-at-Large Sam Brownback on the 2017 International #ReligiousFreedom Report: “Our goal is to protect the freedom of conscience for all people … We’ve seen some progress. But there’s so much more work to be done.” pic.twitter.com/LSY8eYeBoY

“What is wrong with allowing people to practice their faith?” Brownback asked, when discussing Beijing’s use of “anti-terrorism” as a justification for persecuting Uyghurs in Xinjiang, “You’re producing more terrorists by doing this, and that’s in the academic data now. So I would ask the Chinese government, your practices are counterproductive if this is about addressing the issues of terrorism.”

“Our goal is to protect the freedom of conscience for all people. That means protecting a Muslim, Buddhist, Falun Gong practitioner or Christian in China and their ability to pray and live out their life,” Brownback said. “That means protecting a blogger in the Middle East who doesn’t believe what his government might believe. Our desire is to protect both, to protect everyone’s right to freely practice what they believe.”