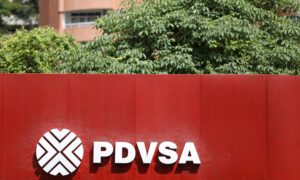 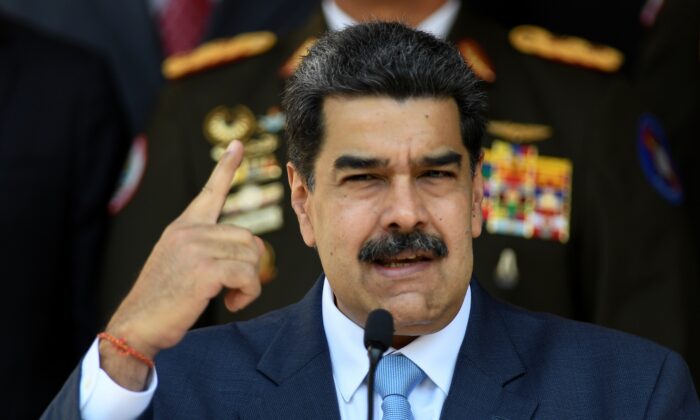 US Rejects Maduro’s Plea for Biden to Lift Sanctions on Venezuela: Report

In an interview with Bloomberg last week, Maduro called on Biden to lift U.S. sanctions and end the “demonization of Venezuela.” The State Department spokesperson rejected the request, saying that Maduro needs to do more to restore democracy before any changes in policy by the United States.

“Venezuelans deserve a government that promotes and defends democratic values, human rights, and the rule of law. Mr. Maduro and his supporters deny them those rights,” the spokesperson said in an emailed statement.

Then-President Donald Trump imposed crippling sanctions on Venezuela during his term in response to an election the United States deemed rigged. Trump had recognized Juan Guaidó as Venezuela’s interim president after the election—a move followed by a large number of the leaders of the free world.

The State Department spokesperson said Maduro can lay the groundwork for easing sanctions by restoring economic and political freedoms for the Venezuelan people and allowing them to participate in free and fair elections.

“Mr. Maduro can create a path to easing sanctions by allowing Venezuelans to participate in long-overdue free and fair presidential and parliamentary elections, ones that meet minimum electoral conditions,” the spokesperson told The Epoch Times.

The spokesperson said the United States would work with its partners to maintain pressure on Venezuela as long as “repression and corrupt practices” by Maduro and his followers continue.

During the Bloomberg interview, Maduro said his “government” has no dialogue with the United States. He blamed the silence on “permanent extortion” by Venezuelan voters in Florida.

Maduro claimed in the interview that the sanctions are preventing Venezuela from paying its foreign debt, adding that he had a plan to pay back bondholders.

“Allowing the Venezuelan people to express themselves politically, economically, and socially would do more to ease Venezuela’s economic hardships than any economic plan a discredited Mr. Maduro might propose,” the State Department spokesperson said.

Venezuela was a thriving, oil-rich nation before Maduro and his predecessor imposed their crippling socialist policies. The ensuing economic crisis has left the nation desolate, with millions struggling to secure basic living needs.