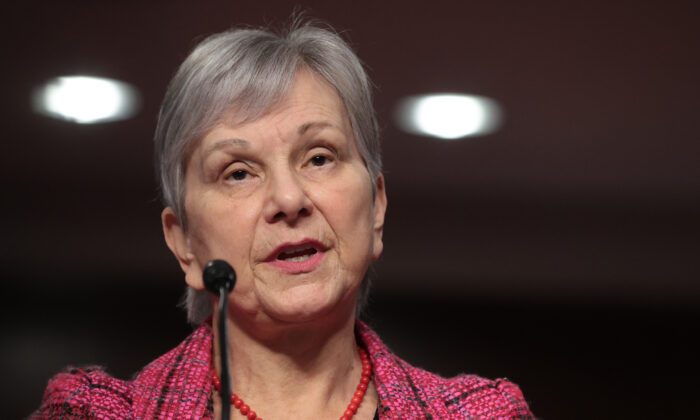 U.S. drug regulators are working to explore how the Omicron variant of the CCP (Chinese Communist Party) virus affects vaccines and other products, the acting head of the Food and Drug Administration (FDA) said Tuesday.

“The agency is working as quickly as possible to evaluate the potential impact of this variant on the currently available diagnostics, therapeutics, and vaccines. We are closely monitoring the situation and are committed to communicating with the public as we learn more,” Dr. Janet Woodcock, the FDA’s acting commissioner, said in a statement.

The work includes obtaining genetic information and patient samples from people who contracted the virus variant and performing tests to evaluate what impact it may have on vaccines and other products.

The vast majority of that work is expected to be completed “in the coming weeks,” Woodcock said.

“If a modification to the current vaccines is needed, the FDA and companies will work together to develop and test such a modification quickly,” she added.

The Omicron variant was first detected on Nov. 12 in southern Africa. Dutch officials said Tuesday that one person in The Netherlands tested positive for the variant on Nov. 19, and at least 16 other countries have confirmed cases.

Vaccine manufacturers around the world have said they’re testing existing vaccines or rejiggering the formulations to test against Omicron, with some concerned the protection from the shots will be weaker against the new strain.

Like many health officials, Woodcock urged people to get booster shots. She also said that the tests used in the United States, meanwhile, will likely not be impacted by Omicron.

The FDA authorizes and approves various medical devices and drugs, including therapeutics and vaccines.

No cases of Omicron have been confirmed in the United States, the Centers for Disease Control and Prevention (CDC) said in its last update.

“CDC is continuously monitoring variants and the U.S. variant surveillance system has reliably detected new variants in this country. We expect Omicron to be identified quickly, if it emerges in the U.S.,” the agency said.

Dr. Anthony Fauci, the longtime director of the National Institute of Allergy and Infectious Diseases, believes the variant is likely already here or will be soon.

“Given the surveillance system that the CDC has going right now, we should pick it up when it comes here. It might already be here, certainly not in large amounts, but it may already be here, and you’re going to hear about that. The CDC will make the announcement that that’s the case,” Fauci said on MSNBC on Tuesday.

“As soon as they get the information, they will be very transparent about it,” he added.