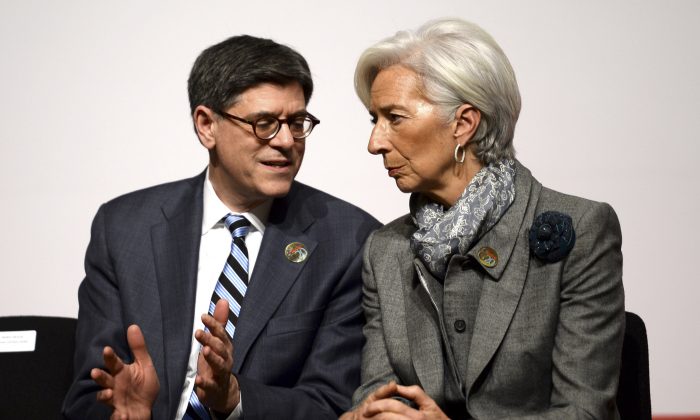 The Asian Infrastructure and Development Bank hasn’t even been founded and doesn’t even have a website and yet it has been a huge diplomatic problem for the Obama administration.

In principle, development banks are innocent creatures. They borrow money in the market against paid in capital by their shareholders (often developed countries) and then loan out that money for infrastructure projects in developing countries. Already existing institutions include the International Monetary Fund (IMF), the World Bank, and the Asian Development Bank (ADB).

So what’s not to like about it? More money for a region in desperate need of infrastructure ($800 billion a year according to ADB estimates). Well, the United States never liked the fact that the new bank will be under the leadership of China and India. In this way, they function just like a commercial bank. Whoever pays in most capital calls the shots. At the IMF, the World Bank, and the ADB, the United States or its allies call the shots.

The United States also knows full well that institutions like these can basically take over the running of a small country if they provide funding for a big project.

Despite the fact that many European nations (U.K., Germany, France, Italy) have joined the bank and some Asian nations are considering joining (Australia, Japan), China and India will run the show and the bank could become a tool of Chinese foreign policy.

Given the fact that all of its allies have already deserted the United States, it makes sense to tie the new bank to existing institutions to exert influence instead of joining outright.

China, however, is under no obligation to accept this offer.