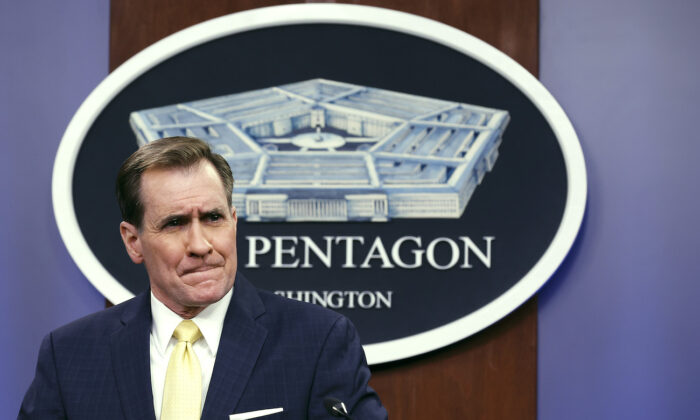 US Provides $300 Million More in Security Assistance to Ukraine, Including Military Equipment

The Pentagon announced on April 1 that it will provide up to $300 million more in security assistance to Ukraine in military equipment amid Russia’s invasion.

The funds will be provided under authority granted to the Pentagon by the Ukraine Security Assistance Initiative (USAI), which was created in 2015 in response to Russia’s annexation of Crimea.

Kirby said the new package “represents the beginning of a contracting process to provide new capabilities” to Ukraine, rather than delivering equipment drawn from U.S. military stockpiles.

In addition to military aid, the United States has been providing humanitarian aid to Ukraine and issued sanctions on Russian financial institutions and Russian officials, and other individuals linked to the Kremlin.

The United States and other western nations have not declared a no-fly zone to protect Ukraine’s airspace—in spite of Ukrainian President Volodymyr Zelenskyy’s repeated appeals—to steer clear of any potential conflict with Russia, a nuclear threat.

However, the NATO allies have said they would engage if Russia mounts an attack on any NATO member.