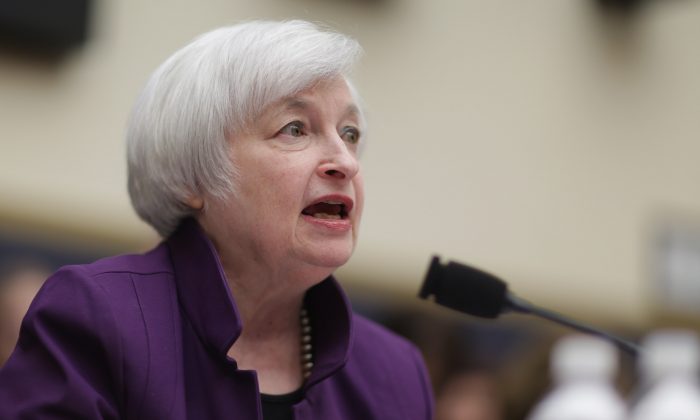 US Producer Prices Drop in Latest Sign of Tame Inflation

WASHINGTON—The prices charged by farmers, manufacturers and other producers fell in October for the second straight month, fresh evidence that there is little sign of inflation in the U.S. economy.

The Labor Department said Friday the producer price index, which measures price changes before they reach the consumer, fell 0.4 percent last month. That follows a 0.5 percent drop in September. In the past year, wholesale prices have dropped 1.6 percent. That’s the steepest drop since the government began tracking the data in 2010.

Tepid wage increases have limited retailers’ ability to raise prices, keeping a lid on inflation. Weak price gains pose a challenge for the Federal Reserve, which targets a 2 percent inflation rate as a cushion against falling prices, or deflation.

While consumers may like lower prices, deflation can drag down wages, make debts harder to repay and is difficult for the Fed to reverse.

Fed officials are widely expected to raise the short-term interest rate they control for the first time in nine years at their next meeting in December. Fed chair Janet Yellen has said they will do so when they are “reasonably confident” that inflation is returning to their 2 percent target.

So far, most inflation gauges remain below that level. The Fed’s preferred inflation measure rose just 0.2 percent in September, and is up only 1.3 percent in the past year.

Still, there are signs that the deflationary impact of lower gas prices may be starting to fade. Wholesale gas prices rose 3.8 percent in October, the government said.

And earlier this week, Eric Rosengren, president of the Federal Reserve Bank of Boston, struck an upbeat note on the economy and said he is “reasonably confident” inflation will soon reach 2 percent.

In October, wholesale prices were pulled lower by a sharp drop in the profit margins reported by gas stations and by falling prices for food. Prices for pickup trucks also dropped sharply. Such declines typically occur in October, when new models of cars and trucks are introduced.