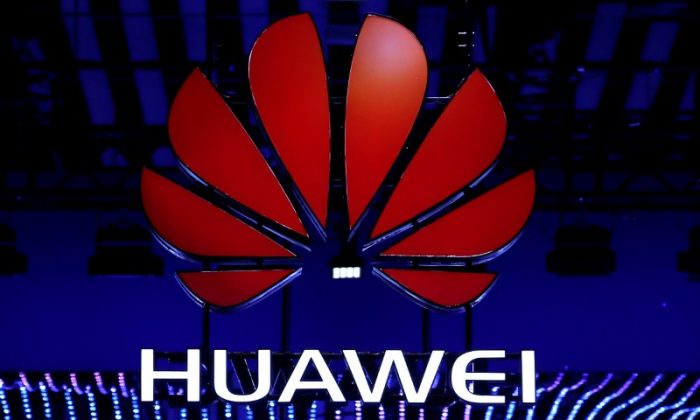 The Huawei logo is seen during the Mobile World Congress in Barcelona, Spain, on February 26, 2018. (Yves Herman/File Photo/Reuters)
China-US News

NEW YORK/LONDON—Prosecutors in New York have been investigating whether Chinese tech company Huawei violated U.S. sanctions in relation to Iran, according to sources familiar with the situation.

Since at least 2016, U.S. authorities have been probing Huawei’s alleged shipping of U.S.-origin products to Iran and other countries in violation of U.S. export and sanctions laws, two of the sources said.

News of the Justice Department probe follows a series of American firms’ actions and U.S. government concerns that seek to reduce Huawei’s access to the U.S. economy amid allegations the company could be using its technology to spy on Americans.

The probe into Huawei is similar to one that its domestic competitor, Chinese smartphone maker ZTE, says is now threatening its survival. The United States last week banned American firms from selling parts and software to ZTE for seven years. Washington accused ZTE of violating an agreement on punishing employees after the company had illegally shipped U.S. goods to Iran.

In 2017, ZTE had pleaded guilty to federal court charges and paid $890 million in fines and penalties.

The Justice Department probe is run out of the U.S. attorney’s office in Brooklyn, the sources said. John Marzulli, a spokesman for the prosecutor’s office, would neither confirm nor deny the existence of the investigation. The probe was first reported by the Wall Street Journal on April 25.

Both ZTE and Huawei have been under scrutiny by U.S. lawmakers over cybersecurity concerns.

In February, Senator Richard Burr, the Republican chairman of the U.S. Senate Intelligence Committee, cited concerns about the spread of Chinese technologies in the United States, which he called “counterintelligence and information security risks that come prepackaged with the goods and services of certain overseas vendors.”

Huawei and ZTE have denied these allegations.

Republican Senators Marco Rubio and Tom Cotton have introduced legislation that would block the U.S. government from buying or leasing telecommunications equipment from Huawei or ZTE, citing concerns that the Chinese companies would use their access to spy on U.S. officials.

In 2016, the Commerce Department made documents public that showed ZTE’s misconduct and also revealed how a second company, identified only as “F7,” had successfully evaded U.S. export controls.

In a 2016 letter to the Commerce Department, 10 U.S. lawmakers said F7 was believed to be Huawei, citing media reports.

In April 2017, lawmakers sent another letter to Commerce Secretary Wilbur Ross asking for F7 to be publicly identified and fully investigated.

The U.S. government’s investigation into sanctions violations by ZTE followed reports by Reuters in 2012 that the company had signed contracts to ship millions of dollars’ worth of hardware and software from some of the best known U.S. technology companies to Iran’s largest telecoms carrier.

Reuters also previously reported on suspicious activity related to Huawei. In January 2013, Reuters reported that a Hong Kong-based firm attempted to sell embargoed Hewlett-Packard computer equipment to Iran’s largest mobile-phone operator, which has much closer ties to China’s Huawei than was previously known.

By Karen Freifeld and Eric Auchard