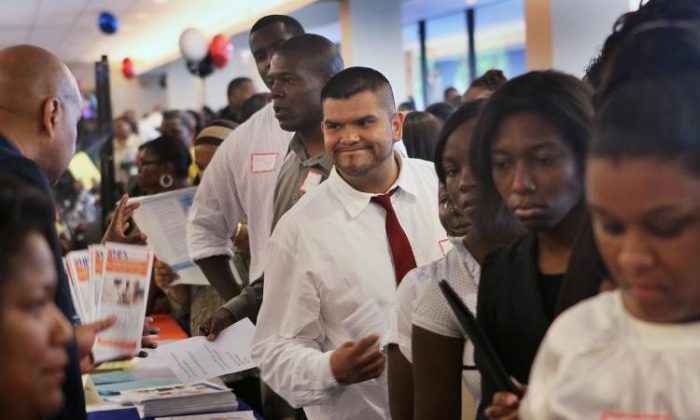 U.S. private employers added 102,000 jobs in June, below economists’ expectations, a report by a payrolls processor showed on Wednesday, July 3.

Economists surveyed by Reuters had forecast the ADP National Employment Report would show a gain of 140,000 jobs, with estimates ranging from 75,000 to 190,000.

Private payroll gains in the month earlier were revised up to 41,000 from an originally reported 27,000 increase.

The report is jointly developed with Moody’s Analytics.

The ADP figures come ahead of the U.S. Labor Department’s more comprehensive non-farm payrolls report on Friday, which includes both public and private-sector employment.

Economists polled by Reuters are looking for U.S. private payroll employment to have grown by 153,000 jobs in June, up from 90,000 the month before. Total non-farm employment is expected to have changed by 160,000.

The unemployment rate is forecast to stay steady at the 3.6 percent recorded a month earlier.

The economy expanded by 75,000 jobs in May, which was much less than expected. But the unemployment rate has remained at 3.6 percent, which is the lowest since December 1969, according to the Bureau of Labor Statistics (BLS).

The data suggests the job market has cooled, but not to a point where it would harm employment. In fact, there are some signs the market is still improving.

The job growth came far below the 185,000 additional jobs forecast by economists polled by Reuters. But the number was also above the 27,000 jobs estimated by the ADP National Employment Report.

The blockbuster unemployment rate was the redeeming factor of the BLS report. The rate only includes jobless people who sought out employment in the past four weeks. If those who looked for a job in preceding 12 months were included as well as those who had a part-time job but wanted a full-time one, the rate declined to 7.1 percent—the lowest since December 2000.

The slower job growth, paradoxically, pushed the stocks up, as traders seemed to bet it would make the Federal Reserve more inclined to decrease interest rates later this year. The Standard and Poor 500 and Dow Jones Industrial Average indexes were up more than one percent on June 7.

The Fed has hinted at a possible rate cut earlier this week, sending stocks up, despite some worries over the ongoing U.S.-China trade dispute and new U.S. tariffs looming over Mexico.