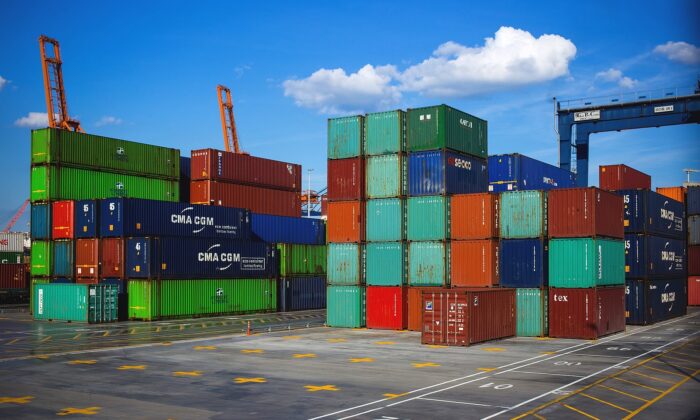 US Ports Would Benefit Greatly From Automation, If Unions Just Allowed It

From Christmas toys to clothing and auto parts, shortages of imported products are forcing factories to idle, store shelves to sit empty, and consumers to panic.

What else is in short supply? The truth about what’s causing this economic crisis.

President Joe Biden, who brags about running “the most pro-union administration in history,” won’t admit that longshoremen’s unions are holding the nation hostage, refusing to allow the use of automated equipment to unload container ships and get the goods onto trucks faster.

The United States is the world’s largest importer, but its major ports at Los Angeles and Long Beach, California, rank a dismal 328 and 333, respectively, in the World Bank’s Container Port Performance Index. That means nightmare inefficiency worse than most developing countries. Not one U.S. port made it into the top 50 for speed and efficiency. In contrast, Japan’s Yokohama port ranks No. 1.

Nearly 100 container ships have been waiting off the Los Angeles coastline to be unloaded. The longer they wait, the more prices for imported goods rise, clobbering consumers.

On Wednesday, Biden announced a “gamechanger,” saying the ports of Los Angeles and Long Beach would stay open more hours for a “90-day sprint” to Christmas. Truth is, most ports around the world operate 24/7. Port operators here haven’t done that in the past because union contracts require paying higher hourly rates for night and weekend labor. Dockworker salaries already average $171,000 a year. Wednesday’s announcement was a concession from port operators, not the unions.

But increased hours won’t fix the bottlenecks. The added hours will boost cargo movement by less than 10 percent, or an estimated 3,500 containers a week. The real problem is the unions’ tooth-and-nail opposition to labor-saving equipment. Cranes in automated ports operate at least twice as fast as cranes in outdated U.S. ports. Biden’s port envoy John Porcari let the truth out when he said last week, it’s “your grandfather’s infrastructure that we’re working with.”

Here’s the biggest lie, straight from Transportation Secretary Pete Buttigieg. He went on parental leave in August, ignoring the worsening supply crisis. But he emerged from diaper duty long enough on Sunday to shovel some grown-up manure. Buttigieg said dysfunctional ports are “one more example of why we need to pass the infrastructure bill.”

In truth, the $17 billion for ports in the infrastructure bill is mostly for emissions reductions, repairs, and dredging. Nothing is allocated for labor-saving automation. In fact, section 30102 of Biden’s Build Back Better Bill expressly prohibits the use of funds provided there to be used for automation.

No surprise. Build Back Better is crammed with pro-union favors, including an extra $4,500 sweetener available only to consumers who buy a union-made electric vehicle and a whopping $14,000 tax credit to homeowners who install energy-saving devices and electrical equipment, provided the contractor doing the job is unionized. Otherwise, zip. Organized labor is spending millions in advertising to get the bill passed.

Biden is bought, paid for, and controlled by the unions. Some 98.8 percent of union money spent on the 2020 presidential contest went to Biden. Now it’s payback time.

The media is hiding that. Last week, a Washington Post news story claimed “voters blame presidents for all sorts of pocketbook problems that presidents can’t fix.”

Biden could take action, but he won’t. Despite pushing for trillions in new spending, Biden is choosing not to automate American ports. He’s kowtowing to his union backers. That means keeping America’s ports dysfunctional. It’s a drag on the overall economy.

There are many causes of the current supply shortages, from too few truckers to shutdowns in Asia due to COVID. But one problem is fixable: our obsolete ports. If only Biden had the will to act.