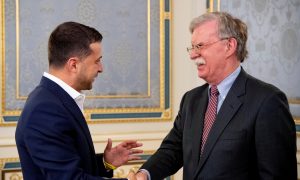 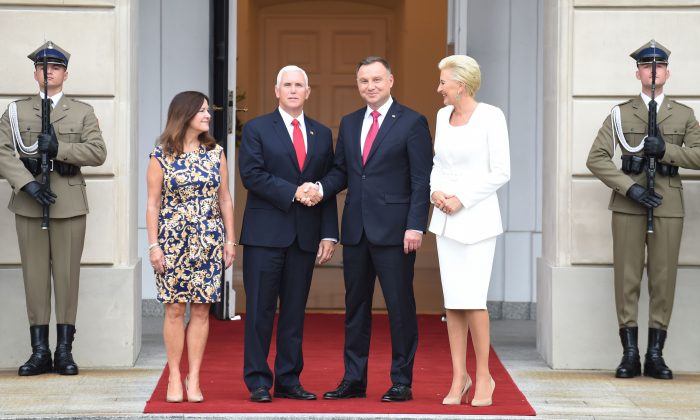 The United States and Poland on Sept. 2 signed an agreement to cooperate on new 5G technology, as concerns about Chinese telecommunications giant Huawei continue to grow.

Days before the agreement was signed, a senior Trump administration official told reporters during a briefing that the deal was at “the top” of its list of priorities and noted it was imperative for national security.

“This is an incredibly important signal of the strength of our cooperation between the United States and Poland against what may be one of the preeminent, I guess I’ll just call it a threat, in the coming years,” the official said on Aug. 31. The official didn’t specifically identify a country or company.

The agreement comes amid worries over supply chain security, as there are “a number of suppliers that have links to hostile governments,” the official told reporters.

“It’s really not possible to contemplate a core network that can be protected, that’s contrary to the nature of the 5G network. And so having the kind of framework for 5G cooperation … is going to allow us to address all of those issues,” the official stated.

The agreement was signed by Vice President Mike Pence and Polish Prime Minister Mateusz Morawiecki in Warsaw. Pence filled in for President Donald Trump, who canceled his trip due to Hurricane Dorian. The hurricane is tied with the 1935 Labor Day hurricane as the strongest Atlantic storm to make landfall.

Pence also met with Polish President Andrzej Duda on Sept. 2. The vice president wrote on Twitter that he was honored to be in Poland, but added, “our hearts are home with the families & communities in the path of Hurricane Dorian.”

The agreement endorses the principles developed by cybersecurity officials from dozens of countries at a summit in Prague earlier this year to counter threats and ensure the safety of next-generation mobile networks.

“Protecting these next-generation communications networks from disruption or manipulation and ensuring the privacy and individual liberties of the citizens of the United States, Poland, and other countries is of vital importance,” the agreement states.

Pence said the agreement would “set a vital example for the rest of Europe.”

The United States and Chinese state-controlled Huawei, the world’s largest manufacturer of network infrastructure equipment, are in the midst of a global battle over network security. The United States has been lobbying allies to ban Huawei from 5G networks over fears the Chinese Community Party could make Huawei give it access to data for cyberespionage. Huawei has previously denied such allegations.

While the United States has called for an outright ban on Huawei, European allies have balked at the idea. Huawei is being probed by federal U.S. prosecutors investigating alleged cases of technology theft, according to The Wall Street Journal, citing unnamed sources.

During a visit to Sweden on Aug. 29, Morawiecki said decisions were being taken that would make Swedish networking and telecommunications company Ericsson invest in 5G development in Poland.