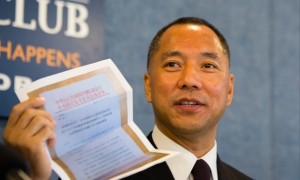 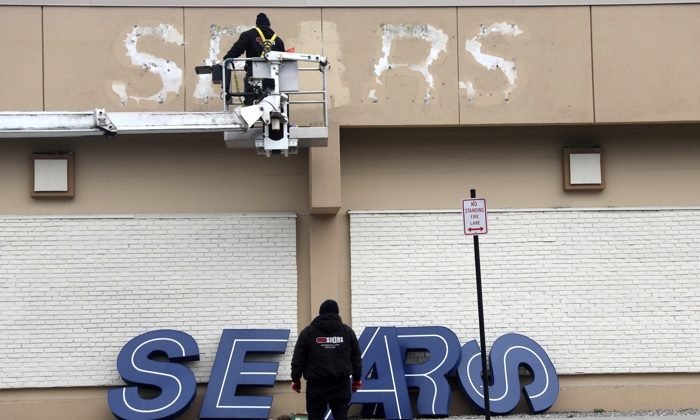 Outside of a Sears department store one day after it closed as part of multiple store closures by Sears Holdings Corp. in the United States in Nanuet, N.Y. on Jan. 7, 2019. (Mike Segar/Reuters)
Market Watch

WASHINGTON/NEW YORK—As many as 2,000 companies could disappear from the off-exchange “pink sheets,” long a favorite of retail investors, when a new rule aimed at stamping out fraud in this notoriously risky enclave of U.S. equities markets comes into effect next week.

Due to a loophole in the current rules, around 2,000 of the roughly 11,000 companies quoted on the Pink Market operated by New York-based OTC Markets Group do not publicly provide such information.

OTC Markets has been trying to spread the word and encourage companies to get their paperwork in order, but it was still unclear how many would do so in time for the Sept. 28 deadline, if at all, said Daniel Zinn, the company’s general counsel.

The market operator may have to remove, if only temporarily, between 1,000 and 2,000 stocks from the Pink Market, he estimated, meaning broker quotes will no longer be available to investors via online retail broker platforms.

The shakeup, which comes amid a boom in retail trading, has led some brokers including Charles Schwab/TD Ameritrade and Fidelity to bar new purchases in affected stocks, causing consternation among retail investors unsure of whether to bail out or stay the course in the hopes that the companies comply.

While customers will be still able to sell their shares after September 28, brokers have warned of severely limited liquidity, which usually means investors get a bad deal. Investors still keen to dabble in companies that have not complied may have to call up their broker for a quote.

The rule will also apply to some government and corporate bond issuers, leading industry lobby groups to warn this week of potential disruption to that critical funding market.

Overall, the new rule is likely to increase the cost of trading these companies, said Zinn.

“We’re in agreement with the SEC’s goals of providing as much disclosure as possible,” said Zinn. Some companies, however, prefer not to provide public financial data for a number of legitimate reasons, or may be unable to, he continued.

“In those circumstances, no quotes at all may lead to more harm than help for existing investors,” said Zinn.

The SEC did not respond to a request for comment.

The Pink Market is home to an array of issuers, including reputable foreign companies seeking a gateway to the United States. But some are highly risky and volatile penny-stock companies in distress, delinquency, or which are simply shells.

The SEC has warned that the off-exchange market, more broadly, is rife with fraud and manipulation.

Under the SEC’s previous rules, broker-dealers had to review a company’s financials before providing quotes in its stock on the Pink Market, unless another broker-dealer had already vetted them. That was the case even if the initial review happened years ago and the company had since stopped publishing financial information. The new SEC rule ends that exemption.

“Companies are on notice to provide a certain level of transparency for their investors or they can’t be easily quoted. That’s a good thing,” said Georgetown University professor Jim Angel. “The problem is what about the companies that choose not to disclose? Their shareholders are being punished for the actions of the companies.”

A new wave of amateur investors has piled in to penny stocks over the past 18 months, trading on low or no-fee retail broker platforms and hyping up their positions on social media.

In August, there were 601.1 billion transactions on penny stock markets tracked by the Financial Industry Regulatory Authority, a 130 percent jump compared with a year earlier, but down from a peak of 1.9 trillion transactions in February.

Of the stocks affected by the new rule, the most popular among investors in trading forums like Stocktwits and WallStreetBets include the shell companies liquidating defunct retailers Blockbuster and Sears.

China’s Luckin Coffee Inc., which last year de-listed from the Nasdaq following an accounting scandal, is among the most actively traded on the broader Pink Market, OTC Markets data show.

Worried by broker warnings and blaming a decline in their stock holdings on the impending rule change, some retail investors have taken to social media to share their anxiety and glean gossip as to whether companies will comply in time.

Executives from several affected companies have reassured investors on Twitter that the paperwork is coming. For some thrill-seekers, those pledges are another buying opportunity.