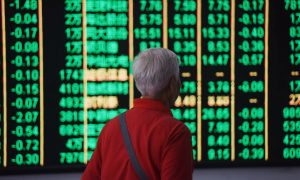 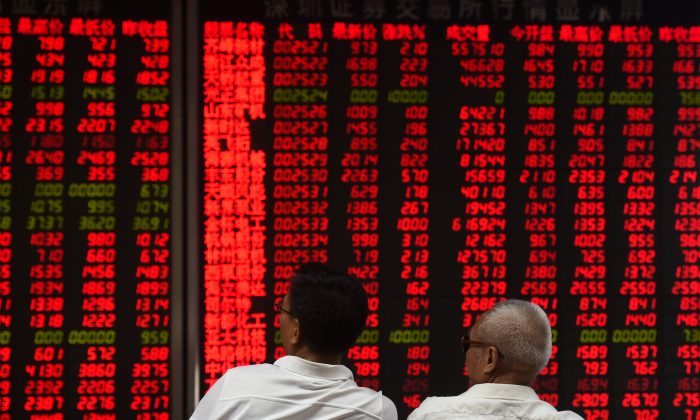 US Pensions Under More Pressure to Divest From Chinese Securities

Two prominent U.S. senators recently requested that one of the nation’s biggest government pension funds reverse course on an earlier decision to funnel $50 billion of its assets into Chinese stocks and bonds. The move, if completed, would potentially give money to Chinese state-controlled firms that could directly or indirectly undermine the sovereignty, security, and economic well-being of the United States.

Sen. Marco Rubio (R-Fla.) and Jeanne Shaheen (D-N.H.) penned an Aug. 26 letter to Michael Kennedy, chairman of the Federal Retirement Thrift Investment Board (FRTIB), warning that investing in Chinese securities is a bad idea. It could inadvertently funnel U.S. government funds to support the Chinese Communist Party (CCP) and its policies.

The letter said that China “uses state-owned and state-directed enterprises to control production, compete in global markets, and serve the Chinese Communist Party’s military, political, and economic goals,” and that it would be improper to divert “the paychecks of members of the U.S. Armed Services and other federal government employees” to fund those enterprises.

What prompted the letter?

In a decision made in 2017, the FRTIB, beginning next year, will benchmark its International Stock Index Fund’s portfolio investments against the MSCI All Country World ex USA Investable Market Index, which now includes various China-based publicly traded companies.

Investment funds tracking themselves against any given index will typically buy and hold the same stocks as those included in the index. Domestic Chinese companies make up about 8 percent of this particular MSCI index.

FRTIB is one of the biggest public pensions in the world, with more than $575 billion of assets under management. It serves roughly 5.5 million participants, including civil employees of the armed forces, the U.S. Postal Service, the three main branches of the U.S. government, as well as various federal agencies and departments.

The senators singled out a few problematic companies within the index. AviChina Industry & Technology Ltd., for example, has subsidiaries that develop manned and unmanned aircraft, missiles, and other weapon systems directly for the Chinese military—a military apparatus that is directly challenging the U.S. military for superiority.

Hangzhou Hikvision Digital Technology, a manufacturer of surveillance equipment, is a prominent supplier to the Xinjiang region, where Uyghur Muslims are subject to constant monitoring by Chinese authorities. In August, a U.S. law barring federal agencies from purchasing Hikvision equipment went into effect, due to national security concerns.

Today, the United States is mired in a trade war, technology war, financial war, and a potential cold war with China and its sphere of influence. The challenges go far beyond trade and economics—the world is at an inflection point where China is looking to export and influence foreign nations with its communist ideology, agenda, and world view.

At issue are assets of $575 billion, and many people’s retirement funds are at stake. The FRTIB, naturally, must make good investment decisions for its beneficiaries. While the FRTIB shouldn’t make a rash decision on Chinese stocks, there needs to be more debate, and more public information disseminated about the investment thought process— especially around emerging markets stocks with dubious affiliations and sub-standard governance.

Perhaps barring ownership of all Chinese companies’ stocks and bonds is a tough sell. But at the minimum, investment funds must perform due diligence and walk away from companies involved in censorship, persecution, and human rights violations. Being an investment arm of the U.S. government serving current and former government employees, investment funds should also walk away from companies whose missions are antithetical to U.S. interests or its security.

For example, the United States once banned ex-MSCI constituent telecom giant ZTE from doing business with U.S. companies, as punishment for breaching terms of a court settlement after it pleaded guilty to violating sanctions on Iran. Another MSCI member, China Unicom, hosted internet connectivity in North Korea, providing critical infrastructure and equipment for the rogue state and granting its ability to stage international cyberattacks against other nations.

Within this backdrop, should any U.S. government-affiliated public pensions invest in such companies? The answer is a resounding no.

As investment firms place greater importance on the social impact of their investing activities, it’s becoming even clearer that such Chinese companies should have no place in a pension fund’s portfolio.

But even if one were to ignore the social and national security issues surrounding these stocks, most Chinese companies still don’t pass muster if one were to apply traditional investing criteria.

All corporate records must remain in China, according to the CCP. Want to examine a company’s books and records, and its audit work papers? Tough luck—those are deemed to be “state secrets,” according to Beijing. What about internal-control compliance, such as abiding by the Sarbanes-Oxley Act, which U.S. companies are subject to? Nope, doesn’t apply there either.

Just as the FRTIB has a fiduciary duty to its beneficiaries, a publicly traded company’s fiduciary duty should be to its shareholders—its owners. Many Chinese companies clearly don’t hold the interests of their shareholders as paramount; they are beholden to the CCP first and foremost.

Would any reasonable investment manager invest in a U.S. company that violates the corporate governance and compliance requirements listed above? Absolutely not. In fact, they would surely be targets of hedge fund short sellers.

Then why would U.S. pension funds continue to plow funds into risky Chinese securities?