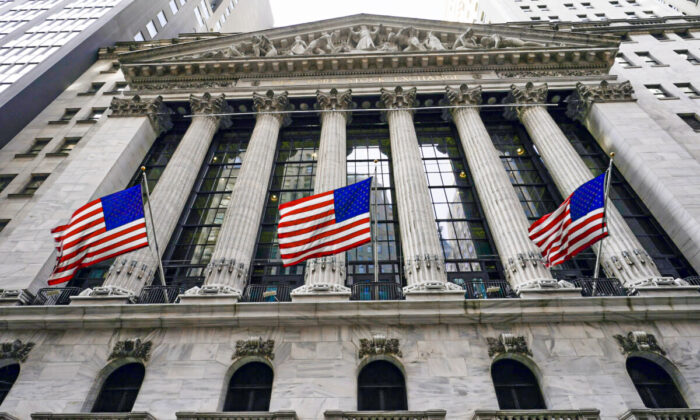 Recent actions by Republican lawmakers have called attention to the willingness of top U.S .pension funds to invest in Chinese companies that may have ties to the regime in Beijing and may play a role in enhancing the regime’s military and surveillance capabilities.

Sen. Marco Rubio (R-Fla.) and two GOP colleagues, Sens. Tom Cotton (R-Ark.) and Tommy Tuberville (R-Ala.) sent a letter on April 6 to President Joe Biden’s four nominees to serve on the board of the Federal Thrift Retirement Investment Board (FTRIB), the primary pension fund for government employees, requesting that they pledge not to invest funds in Chinese firms that may undermine U.S. national security.

Rubio also placed a hold on the confirmation of the nominees pending such assurances.

But such an effort aimed at blocking U.S. investments from potentially aiding the Chinese regime and its military is but one step out of many others that should be taken, including Congressional action and cultural shifts within pension fund investing, say longtime observers of the U.S-China trade and investment.

They explicitly called out the FTRIB’s decision in 2017 to shift the index used for its international stock investment fund to the broader MSCI All Country World ex-U.S. Investable Market Index, which comprises 99 percent of the global equity market. That index is 7.5 percent weighted toward Chinese firms.

In response to pressures from lawmakers and the Trump administration, the FTRIB in 2020 backed off from making this move, but did not allay concerns about its willingness to invest in Chinese firms in the future.

In the view of some observers, the pledges that Rubio and colleagues now seek do not go far enough given the severity of the consequences of abetting China’s military and the Beijing regime’s manifold human rights abuses against the Uyghur minority of western China and other religious and ethnic groups elsewhere.

Currently, more than $152 billion of overall U.S. investments are in state-owned enterprises based in China, according to a 2021 U.S. government document obtained by The Epoch Times that analyzed information from SEC filings as of November 2020. The document found that U.S. investors have allocated over $2.3 trillion to China since 1992.

As of November 2020, over $47. 8 billion are in what the U.S. Defense Department classifies as “Chinese communist military companies.” That month, then-President Donald Trump banned U.S. investments in such designated companies, an executive order that has since been expanded upon by the Biden administration.

The 2022 document also found that state and pension funds invested $14.8 billion in Chinese securities. The state of California led the way in investments in China and Hong Kong, with 1,611 securities with a total investment value of nearly $8.5 billion. Right behind was the Alaska Permanent Fund Corp., with investments in excess of $2 billion, and the Teacher Retirement System of Texas, with over $1.1 billion invested.

“Ultimately, the decision of whether the FTRIB should invest in China is one that Congress should make, and the decision should be to ban such investment,” said Rob Atkinson, president of the Information Technology and Innovation Foundation, a Washington-based think tank.

In Atkinson’s view, for the federal government to invest its employees’ money in Chinese firms plays right into the hands of an adversarial regime and economy.

“As Lenin supposedly once said, ‘Capitalists will sell us the rope by which we hang them.’ It makes no sense for the FTRIB to invest in Chinese firms,” Atkinson told The Epoch Times.

But apart from the actions of Rubio and colleagues, Atkinson sees little happening at the federal level to counter such investments. The current administration seems complacent, at least judging from its public stance on the matter.

“I am not aware of any statements from the Biden administration calling for an end to this practice. Absent Congressional legislation on the issue, I think it is quite appropriate for senators to ask the FTRIB to explain their views, and ideally to commit to ending the practice,” he said.

While Congressional action on this issue may be warranted, Atkinson favors enforcing certain standards and protocols in U.S.-China trade and investment rather than abandoning it altogether.

“I am not a supporter of large-scale decoupling, in part because we do derive some benefits. But I don’t support the U.S. government providing financing for Chinese companies, most of which have murky and opaque finances that would not meet Financial Accounting Standards Board (FASB) standards,” Atkinson continued.

In the recent past, pensions in the United States have not been shy about modifying and redirecting their investment strategies and targets in the face of public pressures or out of their own sense of fair and ethical investment practices.

“Pensions are bureaucracies, and they have a culture. Twenty years ago, the question about where to invest might have had to do with what we call the ‘sin stocks.’ Are you investing in gambling, alcohol, and cigarettes, and what’s the effect? Are we making money at the expense of the public good?” said Dory Wiley, president and CEO of Commerce Street Holdings, LLC.

When such questions arose, Wiley said, debates tended to arise between proponents of ethical considerations and those who assert the fiduciary duty to turn a profit and provide the best returns for participants in the plan. Some pension funds would exclude “sin stocks” from their investment strategies, and some would not, he said.

More recently, the focus of the debate has shifted somewhat, and pension boards are more concerned with the principles of environment, social, and governance, or ESG, investing. Based on these calculations, some pension funds have decided that investing in gun manufacturers is unacceptable while investments in the so-called sin products, including alcohol, cigarettes, and gambling, may be permitted.

But the concern for ethical investing notably omits any consideration of the implications of investing in companies with ties to a predatory regime.

“At the same time, we see aggressive investing in markets such as China, without concern about firms contracting for [the Chinese military’s] AI or for the million-plus people in concentration camps and other human rights issues,” Wiley said.

“So I think that pension funds today really need to stop and look at what they’re doing. Do we have investments in China, or in Russia, that are not for the good of our participants or the greater good of society?” he continued.

For pension funds to undertake such a review of their investments and make assessments about the consequences of supporting Chinese firms very much falls within the funds’ fiduciary duty, particularly given the potential use of AI and other technologies to spy on and subvert the security of America and her allies.

“They need to evaluate those positions, and they need to have a good answer as to whether they’re going to stay in those investments,” Wiley said.

Not all pension funds that support Chinese companies do so intentionally, Wiley acknowledged. Part of the problem here is a manager benchmarking issue, he said. The tendency is for managers to develop portfolios with certain levels of exposure to different countries, in alignment with certain benchmarks. This is precisely the issue raised by Rubio and colleagues in their April 6 letter.