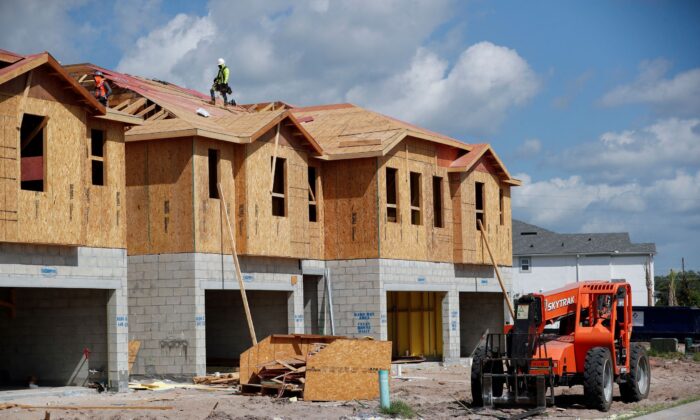 New townhomes are seen under construction while building material supplies are in high demand in Tampa, Fla., on May 5, 2021. (Octavio Jones/Reuters)
Economy

Economists polled by Reuters had forecast contracts, which become sales after a month or two, dipping 0.2 percent. Pending home sales decreased 6.9 percent in December on a year-on-year basis.

An acute shortage of previously owned homes is hampering sales. Despite rising mortgage rates, which together with high home prices are reducing affordability, demand for housing is likely to remain strong this year.

“The market will likely endure a minor reduction in sales as mortgage rates continue to edge higher,” said Yun.

The Federal Reserve on Wednesday said it is likely to start raising interest rates in March to tame high inflation.