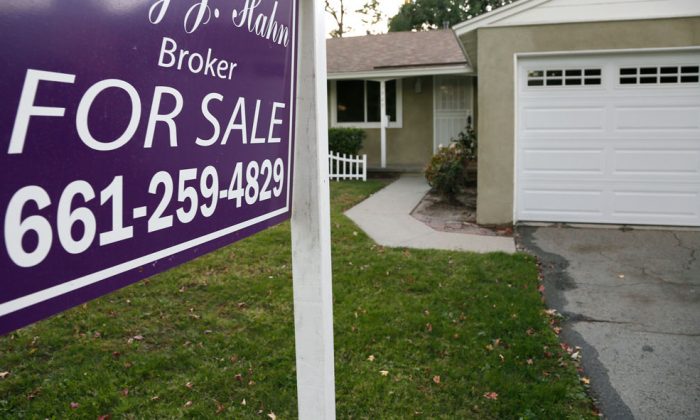 By Tomoko A. Hosaka

The National Association of Realtors said Wednesday that its seasonally adjusted pending home sales index climbed 0.8 percent the past month to 104.8 from a revised 104 in October. The index remains slightly below its 2013 average but is 4.1 percent higher than last November.

Pending sales are a barometer of future purchases. A one- to two-month lag usually exists between a contract and a completed sale. The number of contract signings increased in the Northeast, South and West last month, while declining in the Midwest.

“Home sales activity will likely continue to be uninspiring in the months ahead,” Laura Rosner, an economist at BNP Paribas, said in a research note to clients.

Housing has struggled to fully rebound since the recession ended more than five years ago. Many potential buyers lack the savings and strong credit history needed to afford a home, causing them to rent or remain in their existing houses instead of upgrading. Higher home prices and relatively stagnant incomes have also curtailed buying.

The Commerce Department said last week that new home sales slid 1.6 percent in November to a seasonally adjusted annual rate of 438,000. That remains significantly below the annual rate of 700,000 seen during the 1990s.

The recent decline in mortgage rates has yet to significantly spur more buyers into the market. At the same time, there are fewer distressed properties and bargains coming onto the market that attract investors as buyers.

Hopes are higher for the new year. In 2015, the group expects sales of existing homes to jump to 5.3 million.

The U.S. economy has generated 2.65 million new jobs so far this year, and the unemployment rate has dropped to 5.8 percent from 6.7 percent at the start of 2014. Buying could also be helped by average 30-year mortgage rates staying close to a 19-month low. Rates nationwide averaged 3.87 percent this week, according to the mortgage company Freddie Mac.