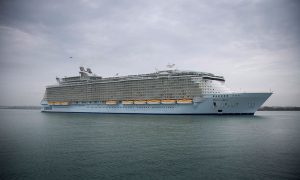 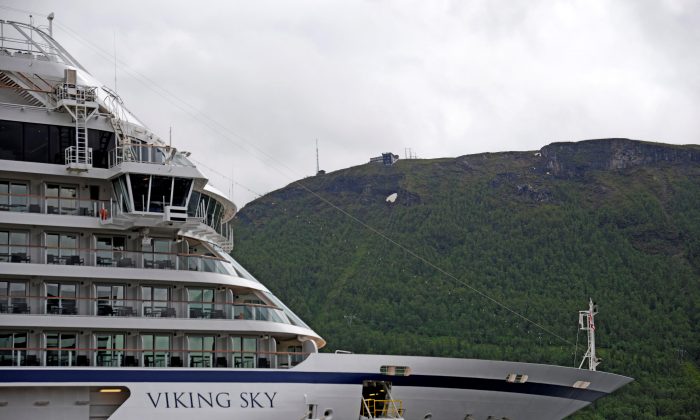 Passengers aboard a cruise ship stranded off Norway say the vessel is being tossed about by wind and waves as they continue to await rescue.

“It’s miserable as the seas are still very high with strong winds,” passenger Ryan Flynn tweeted at what he estimates was 3:15 a.m. local time. “The ship continues to pitch and roll. Captain is hoping the winds and seas calm enough to bring ship into port. Good luck!”

The Viking Sky ship with 1,300 passengers and crew on board is moving at a slow pace after suffering engine failure, rescue officials said Sunday.

Passengers on board have been waiting at least 15 hours for rescue since the vessel sent a distress signal on Saturday.

Jan Terbruegen was one of the small number to be rescued from the ship so far. He told Dagbladet that he was trying to stay low in the ship to avoid seasickness from all of the tossing when he heard that rescue was available. And it came at a scary time.

“We could see that we were getting blown in towards some rocks. That was the most frightening thing I think. But luckily that wasn’t our destiny,” he told the outlet.

Beth Clark, another rescued passenger, said that she has friends who are still on board.

Rough seas in the Hustadvika area on the western coast of Norway, where the Viking Sky ship is now, have made the passengers’ wait tumultuous.

Authorities initially sent five helicopters and a number of vessels to evacuate those on board. They were forced to divert some resources when a nearby freight vessel lost engine power, putting that ship’s crew in danger, Joint Rescue Centre for Southern Norway officials said.

Helicopters airlifted passengers and crew members one by one Saturday. By Saturday night, about 115 passengers had been rescued and at least eight people had “minor injuries,” said Borghild Eldoen, a spokeswoman for the rescue center.

In one video posted to Twitter, water can be seen rushing through the ship, and passengers are filmed raising their legs to avoid the flooding.

#Breaking: Just in – Out of an recent video on the #VikingSky Cruise Ship, shows that the ship also has taken in some water from the waves pounding on the ship in #Norway! There are now over 885 people aboard the ship. Video Credit: @oxman78 pic.twitter.com/jSGXNskEvm

As of Sunday morning, three of the ship’s four engines are working, Per Fjeld, spokesman for the Joint Rescue Centre for Southern Norway, told CNN.

The ship is moving at a slow pace and the evacuation operation is still going as planned, he said.