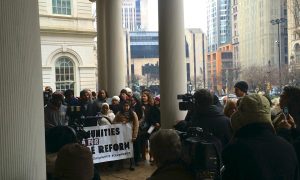 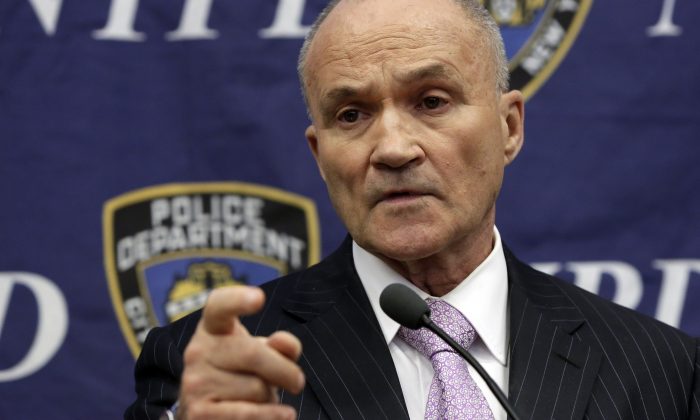 NEW YORK—Police unions should be able to appeal a federal judge’s ruling that the New York Police Department’s stop-and-frisk policy violated civil rights even though the city no longer wants to fight, union lawyers argued Wednesday.

A lower court judge has said the unions did not signal soon enough their wish to be included in the case, heard last year in federal court.

She ordered sweeping reforms and installed a monitor to oversee the changes.

Then-mayor Michael Bloomberg’s administration appealed her decision, but Mayor Bill de Blasio dropped the appeal when he came into office this year. The police unions want to continue the fight.

The unions believe the ruling damaged their officers’ reputations and worry they won’t be able to bargain on the reforms ordered that involve training, discipline, and other changes, their lawyers told a three-judge panel of the 2nd U.S. Circuit Court of Appeals on Wednesday.

The judges peppered the attorneys with challenges. Judge Barrington Parker Jr. said it would be highly unusual for an appeal to proceed when the actual parties in the case have agreed to settle—whether the unions like it or not.

It’s a new regime “that wants its police department to behave differently,” Parker said. “It’s a part of the democratic process.”

“You can’t rewind the clock to what it was before the de Blasio administration took office,” Judge John Walker Jr. said.

Meanwhile, the NYPD has already started implementing some of the suggestions made in the ruling on its own. For example, a pilot program of body-worn cameras is being developed in five precincts, and the form officers fill out to record a stop and frisk was being revised.

Officers already receive training on how to properly stop someone.

Lawyers for the city, which spent years fighting the case, now say they’re ready to turn the page. They say it will take five years to reform the process, three under a court monitor and two with the city’s new inspector general overseeing reforms.

“The city’s policymakers have decided to reform stop and frisk and not to continue this fight,” said attorney Richard Dearing. “We are looking forward.”