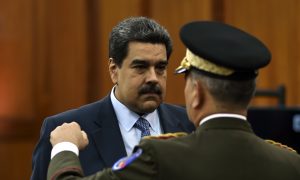 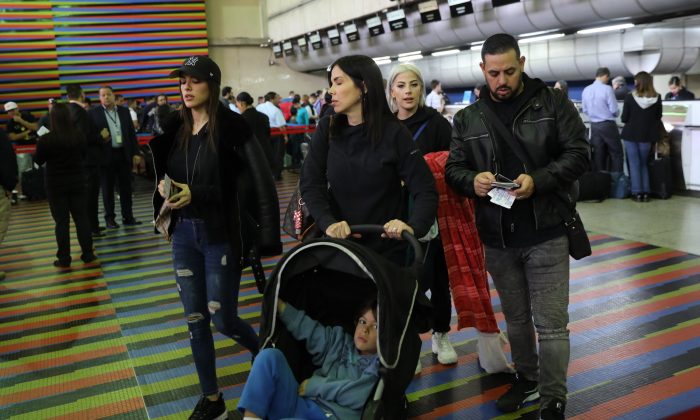 US Orders Some Diplomats out of Venezuela

The State Department has ordered non-essential diplomats and staff at the U.S. Embassy in Venezuela to leave the country. Some U.S. diplomats in Venezuela headed for the Caracas airport on Jan. 25.

A letter by a U.S. Embassy security officer requesting a police escort for a caravan of 10 vehicles was leaked earlier in the day and published on social media by a journalist for state-owned TV network Telesur. Its authenticity was confirmed by a U.S. official, who spoke on condition of anonymity to discuss sensitive security arrangements.

The diplomats were likely to leave Caracas around midday on one of two daily flights to Miami by American Airlines, the last-remaining U.S. carrier to serve Venezuela after Delta and United Airlines pulled out in 2017 amid a political crisis that has forced millions to flee the country.

The department says it’s taking the step for security reasons and that the embassy in Caracas will stay open.

The move follows the Trump administration’s rejection of Venezuelan President Nicolas Maduro’s order to break relations with the United States and for American diplomats to depart by the weekend.

The administration says Maduro’s order isn’t legal because the United States no longer recognizes him as Venezuela’s legitimate leader.

On Jan. 23, President Donald Trump recognized the opposition leader and head of Venezuela’s parliament as the interim president. That prompted Maduro to sever relations with Washington.

The two countries haven’t exchanged ambassadors in nearly a decade, but they have maintained diplomatic staff.

Speaking from an undisclosed location, Guaido told Univision he would consider granting amnesty to Maduro and his allies if they helped return Venezuela to democracy.

“Amnesty is on the table,” said Guaido, who just weeks earlier was named head of the opposition-controlled congress. “Those guarantees are for all those who are willing to side with the constitution to recover the constitutional order.”

Besides the United States, Canada, much of Latin America and many countries in Europe threw their support behind Guaido. Trump promised to use the “full weight” of U.S. economic and diplomatic power to push for the restoration of Venezuela’s democracy.

The United States has officially requested an open meeting of the U.N. Security Council on Saturday “to discuss the ongoing crisis in Venezuela.”

South Africa’s U.N. Ambassador Jerry Matjila said earlier that U.S. Secretary of State Mike Pompeo had asked to discuss the political situation with the U.N.’s most powerful body. He said the “consultations” would be behind closed doors—not open.

The U.S. Mission to the United Nations tweeted Thursday that it requested a meeting Saturday morning.

Venezuela is not on the Security Council agenda and the U.S. needs the support of at least nine of the 15 council nations to hold a meeting. Diplomats said the council has not yet discussed the U.S. request.