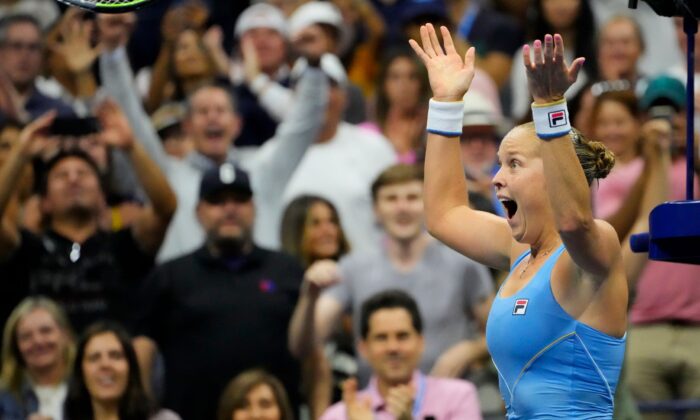 America’s Shelby Rogers Knocks World No. 1 Ash Barty out of US Open

NEW YORK—World No. 1 Ash Barty became the latest high-profile player to be ousted at the U.S. Open after the Australian suffered a third-round defeat to American Shelby Rogers on Saturday.

Forty-third-ranked Rogers staged a stunning comeback in the deciding set, recovering from a 5–2 deficit to topple Barty 6–2 1–6 7–6(5) against the backdrop of a roaring Arthur Ashe crowd.

“I am stunned. My heart rate is still very much elevated. I’m very excited with that win,” said Rogers, the last American standing in the women’s draw.

Olympic gold medalist Belinda Bencic has yet to drop a set in New York and put on a serving masterclass to beat Jessica Pegula 6–2 6–4 and reach the last 16 stage.

Top seed Novak Djokovic stayed on course for a men’s record 21st major title that would help him complete the calendar Grand Slam with a 6–7(4) 6–3 6–3 6–2 win over Japan’s Kei Nishikori.

“So far the toughest match of the tournament for me,” the Serbian said. “The pace of the ball and the speed of Nishikori’s tennis today was just higher than the opening two rounds’ opponents that I had.”