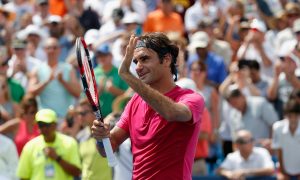 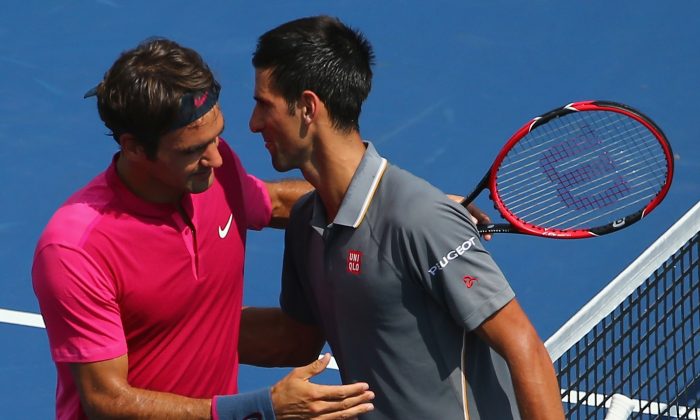 Novak Djokovic and Roger Federer met five straight years in the US Open, from 2007 through 2011, but none since. (Maddie Meyer/Getty Images)
Sports

US Open 2015: Most Anticipated of the Men’s Matches

(1) Novak Djokovic versus (8) Rafael Nadal in the quarters

No one knows what’s happened to Nadal, who not only didn’t win the French Open (Djokovic beat him—badly), but he’s just 13 – 10 against the top 30 players in the world and has seen his ranking dip to eighth in the world—lowest in a decade. Still these two have played some absolute classic matches before (Nadal leads the series 23–21) and we wouldn’t mind another one this time around.

(1) Novak Djokovic versus (4) Kei Nishikori in the semis

Believe it or not but Japan’s Kei Nishikori is the defending US Open champion after shocking Djokovic in the semis last year and Marin Cilic (who stunned Federer in the semis) in the finals. Surely Djokovic would like a chance to redeem himself this year.

(2) Roger Federer versus (8) Rafael Nadal in the finals

Remember when a Federer-Nadal match was the high-point of tennis? The duo, who were ranked as the top two players in the world for the longest time some years back, have met in Grand Slam finals eight times—but not since 2011, when Nadal denied Federer at the French Open.

(3) Andy Murray versus (5) Stan Wawrinka in the quarters

Each of these two has won a pair of majors in their careers and is trying to gain some separation from the rest of the pack as the fourth-best player of their generation behind the big three of Federer, Nadal, and Djokovic.

(2) Roger Federer versus (3) Andy Murray in the semis

Murray actually used to have the upper hand in this series, winning six of their first eight matches. Federer has won the last five and is 5–1 against him in the majors. Only once have they meet at the US Open though—2008 in the finals—when Federer won in straight sets.

(1) Novak Djokovic versus (2) Roger Federer in the finals

These two have combined for some great matches at Flushing—most notably the 2011 semifinals when Djokovic rallied from a 2–0 set deficit to win in five. That meeting actually marked the fifth straight year these two met at the US Open—Federer won three of them. It was also the last time they met here.