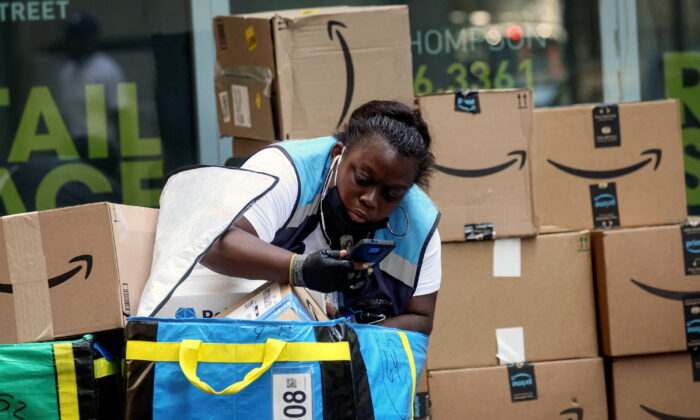 Amazon said on Thursday the two-day shopping event, on July 12 and 13, was its biggest ever globally, with members of its Prime loyalty program purchasing more than 300 million items, or 100,000 products a minute.

Shoppers have been hit hard by decades of high-inflation in recent months, which retailers including Walmart Inc. and Target Corp. said has led to restrained purchases of discretionary products.

Soaring prices of everything from food to clothes spurred consumers to take advantage of deep discounts from several large U.S. retailers that piggyback off Amazon’s Prime Day.

“Consumers took advantage of discounts that were offered, after having experienced many months of heightened prices, online,” Adobe Vice President Pat Brown said.

Retailers are giving big discounts to get rid of the excess inventory they are sitting on after they went on buying sprees during the pandemic-supply-chain crisis to cater to shoppers flush with cash from last year’s stimulus checks.

Best Buy Co. Inc. advertised its competing Prime Day shopping event as “Black Friday in July” and offered over $100 off on Google smartphones and Sony headphones. Similar deals were also advertised on Target and Amazon.

Toys saw the biggest discounts across retailers, with average markdowns at 15 percent, according to Adobe.  Apparel was discounted at 12 percent, while the electronics discount levels of around 6 percent.