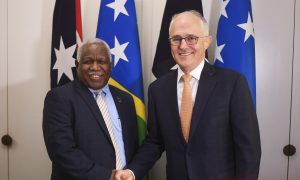 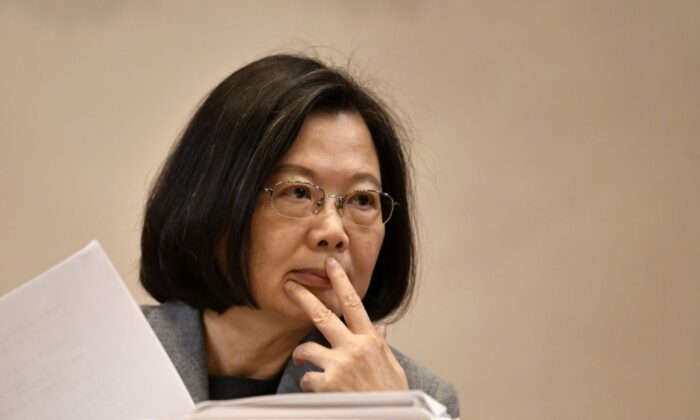 US Officials Speak Out Against Beijing, Voice Support for Taiwan After It Loses Two Allies Within a Week

U.S. officials are calling out Beijing for its coercive moves against its democratic neighbor Taiwan, after the Solomon Islands and Kiribati both ended their diplomatic relationships with the island in favor of the Chinese Communist regime within the same week.

A White House senior official, in a statement to Taiwan’s government-run Central News Agency (CNA), said that Kiribati’s decision is unlikely to contribute to peace and stability in the Indo-Pacific region, nor help the island nation itself as “they work to build a sustainable and sovereign future for their country.”

On Sept. 20, Kiribati ended its diplomatic ties with Taiwan, which began in 2003. Just a few days prior, the Solomon Islands severed its 36 years of diplomatic relations with Taiwan.

Despite Taiwan being a self-ruled island with its own democratically-elected government, Beijing considers Taiwan a renegade province that should be united with the mainland, with military force if necessary.

The Chinese regime has thus employed different tactics to diminish Taiwan’s legitimacy as a state. Since 2016, Beijing has focused on luring away the island’s allies—which formally recognize Taiwan as a sovereign state—by offering them Chinese investments and loans.

“Countries that establish closer ties to China primarily out of the hope or expectation that such a step will stimulate economic growth and infrastructure development often find themselves worse off in the long run,” a State Department spokesperson said in an email response to media regarding the Kiribati switch.

The spokesperson echoed the White House official’s concern, saying that China’s campaign to “entice” countries into dropping ties with Taiwan is “harmful and undermine regional stability.”

The United States considers Taiwan a key ally in the Indo-Pacific theater, and has supplied arms to the island for self-defense even though the two sides do not have formal diplomatic relations.

At least five U.S. congressmen have publicly voiced concerns about Taiwan’s diplomatic setback. The island now has 15 remaining allies, including the Marshall Islands, Palau, the Republic of Nauru, and Tuvalu in the South Pacific.

There has been speculation in Taiwanese media that Tuvalu may also soon switch recognition to Beijing, as the island nation has ushered in a new prime minister following a general election on Sept. 19, ousting the longtime prime minister Enele Sopoaga, who was a staunch supporter of Taiwan.

China’s Foreign Ministry spokesperson Geng Shuang, at a daily briefing on Sept. 19, did not answer reporters’ questions when asked if China was reaching out to Tuvalu to establish diplomatic ties with the newly elected prime minister.

U.S. senators have since said they would work to push forward U.S. legislation for safeguarding Taiwan relations. Sen. Cory Gardner (R-Col.) said on Twitter that this coming week, the Senate Foreign Affairs Committee will discuss the TAIPEI Act (S.1678), which proposes allowing the Secretary of State to modify diplomatic relations with, and foreign assistance to, countries that sever ties with Taiwan.

Sen. Tom Cotton (R-Ark.) urged for the Taiwan Assurance Act (S.878) to be passed. Introduced by Cotton in March, the bill reaffirms the U.S. commitment to selling arms to Taiwan for its self-defense. In his tweet, Cotton said the legislation would assure that Beijing’s coercion tactics “are a U.S. national security concern.

The House already passed its version of the Taiwan Assurance Act (H.R. 2002) in May.

Locals in the Solomon Islands and Kiribati have expressed displeasure about the diplomatic switch.

On Sept. 17, residents in the Malaita Province in the Solomon Islands took to the streets in a peaceful protest against the government’s decision to ditch Taiwan.

Daniel Suidani, premier of Malaita, said that if there was enough local support, he would push for the province’s independence in order to maintain ties with Taiwan, in an interview with public broadcaster Radio New Zealand (RNZ).

Malaita has been considering seeking independence since the 1950s, according to local media Solomon Star. Among the reasons driving the independence movement is the lack of support from the national government for provincial development.

Sir Ieremia Tabai, former Kiribati president and now an opposition parliament member, said he was surprised by the government’s recent decision since the ruling party said at the last 2016 election that there would be no change in diplomatic recognition with regards to Taiwan, according to RNZ.

He added that if the opposition was elected to government in the coming elections next year, there would be a diplomatic switch back to Taiwan.

A previous version of this article misstated the bill number for the TAIPEI Act. The Epoch Times regrets the error.