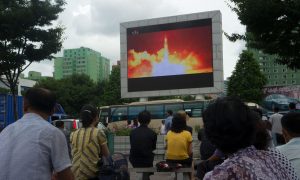 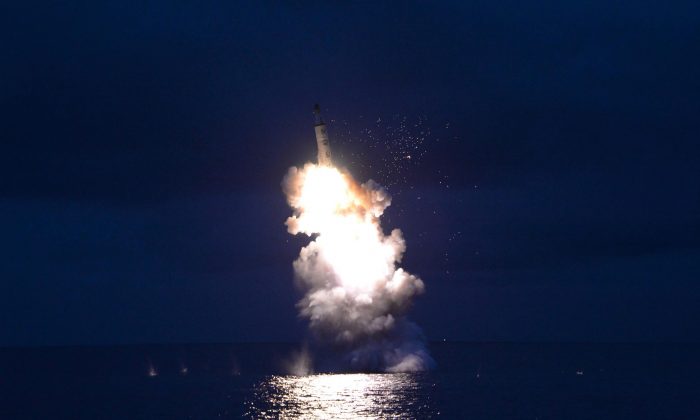 And defense officials told CNN that there was “unusual deployment activity” off the coast of Japan and that North Korea was patrolling farther than it has ever gone before—going 100 kilometers(about 60 miles) into international waters.

This has put South Korea and the United States on a slightly higher alert level because of the incident in 2010 when North Korea torpedoed and sank a South Korean ship.

An unnamed defense official spoke with CNN on Monday, July 31, and said they also found evidence of an “ejection test,” which examines a missiles “cold-launch system.” That system uses highly pressurized steam to push a missile out of the launch canister before it’s engines ignite, preventing damage to the submarine.

Sunday’s ejection test was conducted on land at Sinpo Naval Shipyard, located in North Korea’s South Hamgyong Province, which CNN said is the third time this month and the fourth time this year the test was done, according to the U.S. defense official.

In a tweet in early July Trump said “North Korea has just launched another missile. Does this guy have anything better to do with his life?”

North Korea has just launched another missile. Does this guy have anything better to do with his life? Hard to believe that South Korea…..

U.S. intelligence assessments said North Korea’s submarine fleet consists of 70 submarines, but it said few have the capability to fire missiles and that the submarine-based launch program is still in its early stages, the TIME reports.

In a statement, Trump said he would take “all necessary steps to ensure the security of the American homeland and protect our allies in the region.”

North Korea’s weapon development progress and recent missile tests have sparked condemnation from countries around the world and increased tensions. The country aims to develop a nuclear missile that is capable of reaching anywhere in the United States.