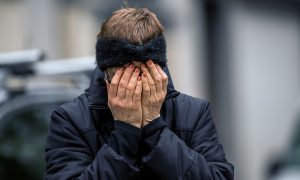 Brussels Attacks: How Radicalization Happens and Who Is at Risk
0
Share Now
TelegramFacebookTweetEmailTellMeWeReddit
Copy Link 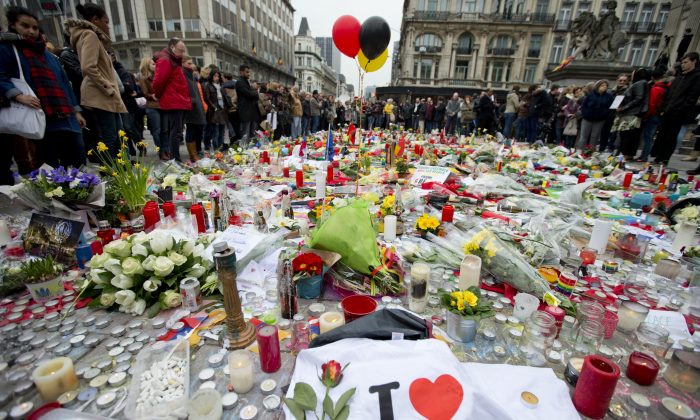 Three balloons in the colors of the Belgian flag fly as people mourn for the victims of the bombings at the Place de la Bourse in the center of Brussels, Belgium, on March 24. (AP Photo/Peter Dejong)
Europe

BRUSSELS—At least two American citizens have been confirmed killed in this week’s attacks in Brussels, a U.S. official said Friday, as Secretary of State John Kerry is visiting the city to express his condolences to the Belgian people.

Speaking after meeting with Belgian Prime Minister Charles Michel, Kerry said the “United States is praying and grieving with you for the loved ones of those cruelly taken from us, including Americans, and for the many who were injured in these despicable attacks.”

He did not give a specific number but a senior official said the families of two Americans had been informed of their deaths in Tuesday’s attacks. The official, who was not authorized to speak to the matter publicly and spoke on condition of anonymity, did not have further details.

“The United States stands firmly with Belgium and with the nations of Europe in the face of this tragedy,:” Kerry said, adding that the world will not relent in its fight against the Islamic State group, which has claimed the attacks.

“We – all of us representing countless nationalities – have a message for those who inspired or carried out the attacks here or in Paris, or Ankara, or Tunis, or San Bernardino, or elsewhere: We will not be intimidated,” he said. “We will not be deterred. We will come back with greater resolve – with greater strength – and we will not rest until we have eliminated your nihilistic beliefs and cowardice from the face of the Earth.”

French Police Arrests Terrorist in ‘Advanced Stages’ of an Attack

Michel thanked Kerry for his visit, calling it a powerful message of solidarity. “It is very important for us today to receive your support,” he said. He offered condolences for the American victims and vowed to step up counter-terrorism cooperation with the U.S. and others.

Kerry said he offered the prayers of the American people for “these people who have suffered inconceivable losses.”

“Those whose lives were torn apart this week were not combatants in any conflict,” the secretary said.

Kerry landed earlier Friday at the still-closed Brussels airport for a brief, hastily scheduled stop from Moscow, where he said the attacks underscored the urgency of unity in the fight against the Islamic State group. The group has claimed responsibility for Tuesday’s bombings at the airport departure terminal and a downtown Metro stop that killed 31 people and wounded 270.

The Belgian Embassy, not long after Kerry’s arrival, sent a Twitter message calling his stop here an example of “the solidarity of the American people which goes right to our heart.”