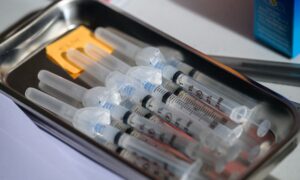 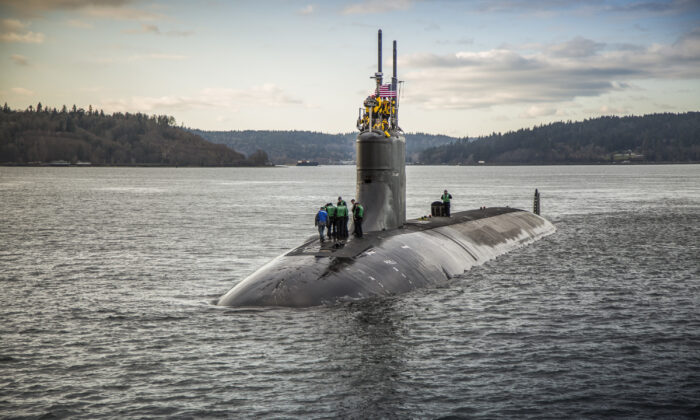 US Nuclear-Powered Submarine Hit ‘Object’ but in Stable Condition

11 injured, not life-threatening
By Li Hai

A U.S. nuclear-powered submarine struck an object on Oct. 2 while submerging in the South China Sea, injuring 11 crew, although there are no life-threatening injuries, the U.S. Navy declared on Thursday.

The USS Connecticut (SSN 22), a Seawolf-class fast-attack submarine, was operating in international waters in the Indo-Pacific region when the collision happened, the Navy said in a statement.

“The submarine remains in a safe and stable condition. USS Connecticut’s nuclear propulsion plant and spaces were not affected and remain fully operational,” reads the statement. “The extent of damage to the remainder of the submarine is being assessed. The U.S. Navy has not requested assistance.”

The Navy said there are no life-threatening injuries.

About 11 sailors were hurt in the incident with moderate to minor injuries, a defense official told USNI News. The official said the boat is now headed to Guam and is expected to pull in within the next day.

The underwater accident occurred in the South China Sea, and the boat has been making its way to Guam on the surface since Saturday, a defense official confirmed to USNI News.

The area’s topography at the time did not indicate there was any land mass in front of the boat, an official told Navy Times.

The official requested anonymity because they weren’t authorized to speak on the record.

The official said there were no indications that the accident was hostile or that the submarine collided with another vessel, pointing out the information is still preliminary.

The Navy said the incident would be investigated.

The Navy has three classes of nuclear-powered submarines in service. According to the Navy, Los Angeles-class submarines are the backbone of the submarine force, with approximately 40 now in commission.

The next-generation attack submarine is the Virginia class, which will replace Los Angeles Class submarines when they retire. Nineteen Virginias have been commissioned to date.

The last known instance where a submerged U.S. submarine struck another underwater object was in 2005. Then, USS San Franciso (SSN -711) struck an underwater mountain at full speed near Guam. One sailor died in the incident, USNI News reported.