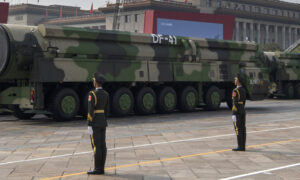 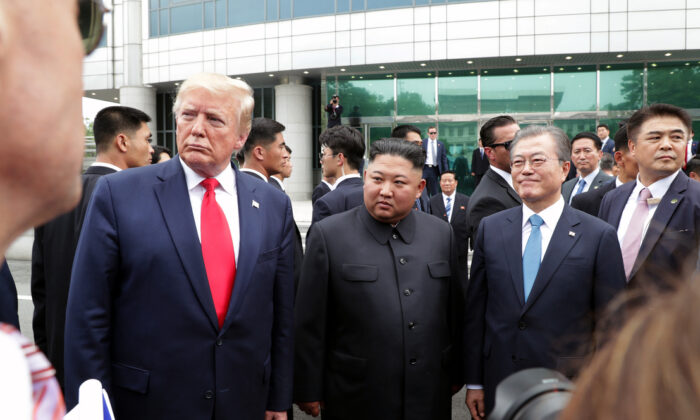 WASHINGTON—Building a successful peace regime on the Korean Peninsula, a complicated and amorphous concept, has to be directly addressed during ongoing negotiations between the United States and North Korea, a top state department official said at a forum on Nov. 5.

The concept encompasses a multitude of issues that the United States must negotiate in talks with the DPRK, said Alex Wong, an official who serves as both the deputy assistant secretary and deputy special representative for North Korea.

His comments were made before a forum with leading U.S. and South Korean experts at the headquarters of the Center for Strategic and International Studies, a nonprofit think tank.

“But while daunting, the concept of a peace regime is powerful, because it’s also, at heart, an aspiration. It stands for the idea that a state of war—the state of war that has been regnant for 70 years on the peninsula—should not and cannot be permanent,” Wong said in his remarks.

“We can have a more stable, a more prosperous, and a more peaceful future for all people on the peninsula, and in the Indo-Pacific region, if we can do the job we need to do in our negotiations.”

Wong said building a “stable peace regime” was a key pillar of the Singapore summit joint declaration that President Donald Trump signed with North Korean leader Kim Jong-un in June 2018. He said it was an integral part of the president’s vision for “a bright future for the DPRK.”

The peace regime concept would create a strategic shift throughout the Korean Peninsula that would advance the interests of all stakeholders involved, Wong said.

“[It would] make even more clear than it is today that the DPRK’s weapons of mass destruction programs, rather than being a source of security for the DPRK—are a key driver of the DPRK’s insecurity,” he added.

In October, negotiations between U.S. and North Korean officials in Stockholm, Sweden, broke down, with the two countries leaving without any progress or deal made. It was the first round of talks between the countries in more than seven months.

The chief North Korean nuclear negotiator claimed the discussions failed “entirely because the U.S. has not discarded its old stance and attitude” and came to the negotiating table with an “empty hand.”

But State Department spokeswoman Morgan Ortagus disputed North Korea’s comments at the time, saying they “do not reflect the content or the spirit of today’s 8 1/2-hour discussion.” She said “creative ideas” and a “number of new initiatives” were brought to the table by U.S. officials.

That test was the first since the talks in Sweden broke down. Pyongyang has also repeatedly talked about an end-of-the-year deadline that Kim Jong Un set for denuclearization talks with Washington.

Wong, in his remarks, also noted that the government pays attention to what think tanks and academia say about the Korean Peninsula.

“We need that marketplace. It’s vital to the success of our negotiations,” Wong said. “And I have no doubt that the words and the thoughts and the ideas that are expressed here, by the scholars that we’re working with, are heard and read in Pyongyang as well.”