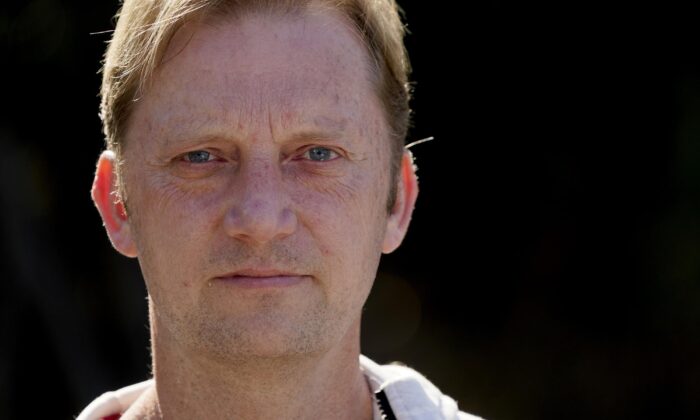 A U.S. Navy veteran who was jailed in Iran for nearly two years sued the Islamic regime for $1 billion on Thursday, alleging he was held hostage and tortured in the country.

Michael White of Imperial Beach, California, alleged that he endured physical and psychological torture and was deprived of food and drink during his “prolonged captivity” in Iran from July 2018 to June 2020, according to a criminal complaint filed to the U.S. District Court for the District of Columbia.

“White endured this trauma for nearly two years, never knowing if or when he would be released and reunited with his family, repeatedly promised that his conditions would improve soon, only to be crushed psychologically when they did not,” the lawsuit states.

The complaint traces White’s travel to Iran, saying he was lured there in the summer of 2018 by a woman he considered his girlfriend so that he could be kidnapped by Iranian government agents and put in prison. He was charged with insulting Iran’s Supreme Leader and cooperating with the U.S. government against Iran—charges the lawsuit says were fabricated—and sentenced without trial to 10 years in prison.

The veteran was first held hostage at Evin Prison in Tehran, a jail that often houses dual nationals and foreign prisoners, for at least 10 days before being moved to Vakilabad Prison in Mashhad for at least 18 months.

“Vakilabad Prisons were responsible for certain gross violations of human rights,” officials said. “This includes prior incidence of torture or cruel, inhuman or degrading treatment or punishment, arbitrary detentions, and denials of the right to liberty.”

White’s imprisonment was also an effort by the Islamic regime to extract concessions from the Trump administration and to “manufacture additional leverage for diplomacy” in the aftermath of Iran’s withdrawal from a landmark nuclear deal with the United States in 2018, according to the filing.

The U.S. State Department announced his release to the Swiss Embassy in June 2020. During the Republican National Convention that year, he made a videotaped appearance in a segment with President Donald Trump and other hostages and detainees freed during the Trump administration.

The Trump administration touted his release at the time as part of its efforts to secure the release of Americans held hostage or imprisoned abroad.

“I want to let everyone know that recovering Americans held captive and imprisoned abroad continues to be a top priority for my administration,” Trump said.

It was not immediately clear if Iran planned to formally respond to the complaint, or if it had a lawyer to represent it in the case. If Iran does not respond to the allegations, a judge could enter a default judgment on White’s behalf, enabling White to collect damages from a fund set up for victims of acts of state-sponsored terrorism.