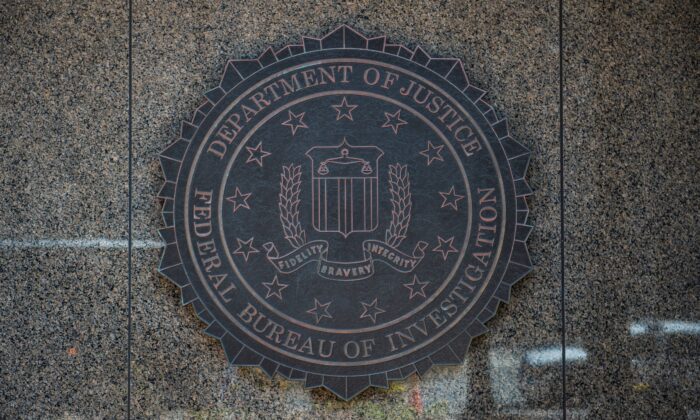 A lieutenant at the naval air station in Jacksonville, Florida, has been arrested and faces multiple federal charges, including running a “firearm tourism” business for Chinese tourists and being part of a scheme to illegally export military-grade inflatable boats to a Chinese government agency.

The FBI and the Naval Criminal Investigative Service raided the home of Lt. Fan Yang and his wife, Yang Yang, on Oct. 17 and arrested them, according to Jacksonville local broadcaster News4Jax, which first reported about the case. Yang worked in the U.S. Navy Anti-Submarine Warfare unit.

Yang, a naturalized U.S. citizen originally from China who has top security clearance, allegedly worked with a Chinese national named Ge Songtao—who had a visa to stay in the United States until 2026—to bring Chinese tourists to fire weapons at shooting ranges in the United States, according to court documents.

China, which has some of the toughest gun regulations in the world, doesn’t allow citizens to possess firearms—which makes firearm tourism appealing to Chinese citizens.

Yang and his wife established a company called BQ Tree LLC in 2015 and received hundreds of dollars from Ge and a Chinese company named Shangzhi Breeze Technology that Ge was connected to, according to the court documents. Records show that Yang received a $205,000 wire transfer from Shanghai Breeze in 2015.

Yang and Ge also went to a shooting range together several times in Orange Park in 2017.

Yang wrote emails to an unidentified business owner in Orlando, Florida, pitching the idea of bringing Chinese tourists to the United States for firearms training and charging them $600 “per day of training including equipment, ammunition, and firearms.”

It isn’t known whether Yang succeeded in his firearm tourism scheme.

Yang tried to hide his connections to Ge. In January, while getting his top security clearance renewed, Yang lied and said he didn’t have any contacts with foreign nationals or any foreign financial interests, according to court documents.

Yang also bought a 9mm handgun for Ge in 2017, which the FBI seized in a raid last month. Ge was arrested Oct. 17 in Louisiana, according to News4Jax, citing court records.

Yang and his wife face federal charges including defrauding the United States and prohibitions on firearms possession by a non-U.S. resident.

Yang and his wife are also connected to another arrest made in Louisiana on Oct. 17.

Zheng Yan, a 27-year-old resident of China, and Yang Yang are accused of trying to buy and smuggle inflatable boats—each equipped with a military-grade engine—made by an unidentified California-based marine manufacturer, along with flash drives and other equipment for China’s Ministry of Agriculture’s fisheries bureau to use, according to court documents. The Navy lieutenant and Ge are also named as co-conspirators; all four face charges of violating federal export regulations.

Yang Yang reached out to the California-based company, while fully aware that the company made vessels for the U.S. Navy—and thus, that the firm might be prohibited from exporting such sensitive products to China.

At least 10 vessels were sent to Shanghai Breeze Technology, according to News4Jax, citing U.S. government shipping records. Some of those illegal exports were also facilitated by BQ Tree, the company founded by the lieutenant and his wife, according to court documents.

The firearms case is sealed by the court, but its details were disclosed via the case against Zheng and others.