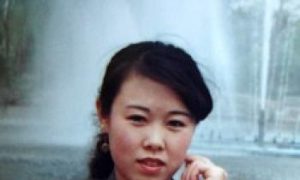 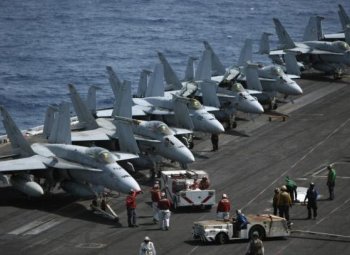 US Navy Advancement Test Results Arrive Today. In this image, US Navy crewmen gather around a line of F-18 jet fighters on the deck of the USS Eisenhower aircraft carrier in the Arabian sea on May 24. (Marwan Naamani/AFP/Getty Images)
US

By Ian Ritz
Print
Navy advancement tests were held for sailors looking to advance their rank, and the results are now in.

Sailors who took Navy advancement tests for new petty officer ranks can know their status as of today. There are limited E-4, E-5, and E-6 positions. Only 15,000 Navy personnel in the nation were allowed to move up in those ranks, making test preparations crucial for sailors' success.

A statement from the Navy showed that the chance for advancement is slimmer compared to last year. The percentage rate for the possible advancement dropped from 24.08 percent last year to only 19.86 percent this year.

The number of sailors passing their Navy advancement tests led to the cap on advancement. The limited spots lower the chance of moving up in rank. For those who don’t make the cut the tests will be held again but the competition may increase.

Sailors taking the Navy advancement tests are required to collect their own study materials for the exam. Tips can be found online for suggested books to help increase sailor knowledge.

Those preparing for future Navy advancement tests should focus on studying the bibliography associated with their desired rank, according to 12News.com. The Navy has plans to make information gathering easier but did not have any direct sources to offer the last batch of test takers.

“We plan to launch the Advancement Center NKO pages in early 2010, making the information easily reachable for most sailors," said Kirk Schultz, operations and analysis division head for the Navy Advancement Center in Pensacola in a statement.

"All of the Professional Military Knowledge (PMK) links will be available for each rank and rating, and we've targeted the phase-in for occupational reference links to start in March," said Schultz.