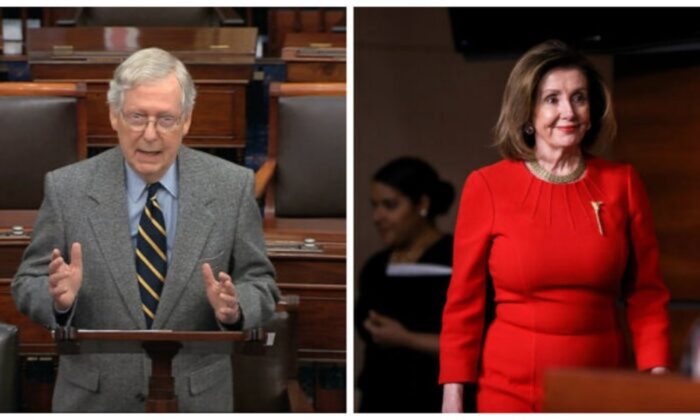 US National Debt Default Would Wipe Out Millions of Jobs, Moody’s Warns

A U.S. default on the national debt would be a “catastrophic blow” to the country’s economic recovery from COVID-19 that could lead to recession territory, Moody’s Analytics said in a new report as other analysts issued similarly dire predictions.

The firm said in a report (pdf) on Sept. 21 that if the United States were to default and a congressional deadlock lingers, nearly 6 million American jobs could be wiped out.

“Shutting the government down would not be an immediate hit to the economy, but a default would be a catastrophic blow to the nascent economic recovery from the COVID-19 pandemic,” the report said. “Global financial markets and the economy would be upended, and, even if resolved quickly, Americans would pay for this default for generations, as global investors would rightly believe that the federal government’s finances have been politicized and that a time may come when they would not be paid what they are owed when owed it.”

Treasury Secretary Janet Yellen estimated that the federal government will run out of cash sometime in October unless the House and Senate raise the debt ceiling. Some Republicans have said they won’t back an increase in the debt limit because of concern about the Biden administration’s multitrillion-dollar spending packages along with rising inflation.

The Moody’s report said there’s a belief that Congress will eventually act to raise the ceiling. In July 2019, Congress passed a bill suspending the debt limit for two years, which wasn’t renewed over the summer of 2021 and has prompted warnings from Yellen and the White House.

But, as the report noted, “global investors will rightly begin to worry that lawmakers will misstep and fail to act in time” as the deadline gets closer.

“Interest rates will push higher, slowly at first, but then more quickly,” according to Moody’s analysis. “And if policymakers actually do fail to raise or suspend the limit before the Treasury runs out of cash and defaults on its obligations, interest rates will spike, with enormous costs to taxpayers, consumers, and the economy.”

In addition to jobs lost, the stock market would drop by about one-third and would wipe out some $15 trillion in household wealth, the report said.

Another analyst, Maya MacGuineas, president of Committee for a Responsible Federal Budget, said that if the U.S. were to default, “no one would be spared.”

“It would be such a self-imposed disaster that we wouldn’t recover from, all at a time when our role in the world is already being questioned,” she told CNN on Sept. 22, referring to recent foreign policy decisions that have been criticized by U.S. allies.

A memo circulated by the White House last week said that a default would put a significant number of federal and state programs at risk.

“Hitting the debt ceiling could cause a recession. Economic growth would falter, unemployment would rise, and the labor market could lose millions of jobs,” the White House wrote, adding that the economy only started to recover from the COVID-19 pandemic.

All the while, Senate Minority Leader Mitch McConnell (R-Ky.) has said it’s up to Democrats in Congress to raise the ceiling, as Democrats have essentially gone at it alone on several Biden-backed spending packages this year.