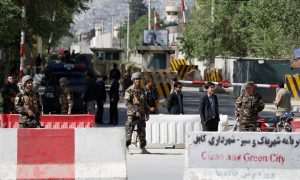 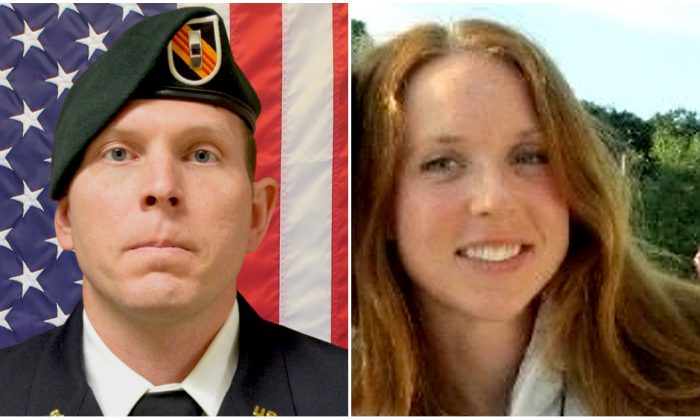 US Names Three Killed in Syria Blast Claimed by ISIS

A U.S. Navy servicewoman and a former Navy SEAL are among the four Americans killed in a suicide bombing this week in northern Syria that the United States believes was likely carried out by ISIS, U.S. officials said on Jan. 18.

The Pentagon did not identify the fourth person killed, a contractor working for a private company.

The Manbij attack on U.S. forces in Syria appeared to be the deadliest since they deployed on the ground there in 2015. It took place in a town controlled by a militia allied with U.S.-backed Kurdish forces.

Kent joined the Navy in 2003 and in her years of service received nearly one dozen honors, including the National Defense Service Medal and two Joint Service Commendation Medals, Navy officials said in a statement.

Wirtz, a Navy SEAL for 10 years, had been employed by the Defense Intelligence Agency since 2017 and completed three deployments for the agency in the Middle East, the agency said.

Scott Wirtz is from #STL and was one of the four Americans kills in a terrorist attack in Syria on Wednesday. Scott was a former Navy SEAL and was working for the DIA in Syria when the explosion happened. Scott, thank you for your service @FOX2now pic.twitter.com/lYQ0rNGL8X

Army officials did not immediately respond to requests for more details on Farmer.

BOYNTON BEACH SOLDIER KILLED IN SYRIA
– This is Chief Warrant Officer 2 Jonathan Farmer.
– The 37 year old died from an improvised explosive device in Manbij, Syria on 1/16.
– The details so far from DOD: https://t.co/CVo0McevAc
(pic courtesy of @CNN) pic.twitter.com/3uVz2CT3nt

The attack occurred nearly a month after President Donald Trump withdrew all 2,000 U.S. troops from Syria, declaring that ISIS had been defeated there.

Vice President Mike Pence said several hours after the blast on Wednesday that the militant group has been defeated.