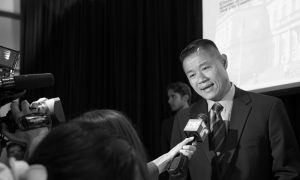 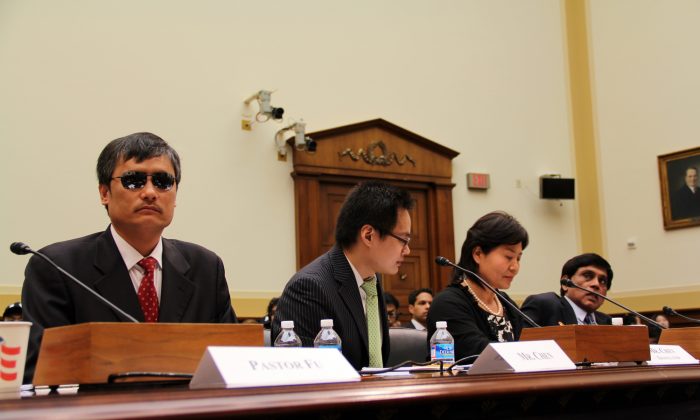 US Must Prioritize Human Rights in China: Advocates

WASHINGTON—Rights advocates have called on the Obama administration to take a harder line with China on human rights, saying the upcoming trip to China by Secretary of State John Kerry is the perfect time to make the point.

Kerry will visit Beijing April 13–14, his first official visit to China as Secretary of State and the highest level visit of an American official for Xi Jinping as China’s new leader.

China is responsible for a litany of human rights violations—including religious persecution, political repression, illegal detention, and torture—and yet China’s human rights record has taken a backseat to economics and trade, particularly during the Obama administration, rights activists say.

“Failure to speak up about human rights will send a wrong message to the new Chinese leaders about U.S. priorities,” he said, adding, “It may even encourage them to continue.”

Sophie Richardson, China director for Human Rights Watch, said first visits are important and noted that pressuring China on human rights was about supporting Chinese people in their struggle for basic rights recognition.

“He can set a high bar by stating publicly that the fate of Chinese activists and the efforts by people in China to secure their rights are key concerns of the United States,” she said in a statement.

Human rights lawyer Jared Genser has helped a number of Chinese dissidents in his role as founder of the legal advocacy group Freedom Now.

He worked with the Bush administration for the release and safe passage to America of Chinese activist Dr. Yang Jianli and is now working with blind activist Chen Guancheng and with Geng He, wife of famed human rights lawyer Gao Zhisheng, to free their family members. Genser, Chen, and Geng He were also at the April 9 congressional hearing.

Chen was given study passage to the United States last year after escaping house arrest and seeking asylum at the U.S. Embassy in Beijing. He is seeking the release of family members, who were badly beaten and then arrested on false charges as a way of punishing him.

Chen, also known as the “blind lawyer,” had advocated for the poor, the dispossessed, and particularly for women, who are forced to have abortions. He held up a list of names of Chinese officials at the hearing and called on the U.S. government to ban them from entering the United States on account of their criminal activity in persecuting him and his family.

Geng He spoke about the torture and cruelty inflicted on her husband by Chinese authorities as he endeavored to defend petitioners, Falun Gong adherents, and others who were persecuted most harshly.

Gao has been under house arrest or secretly imprisoned for over seven years, she said. She appealed to the international community to persist in “paying attention” to her husband’s plight.

“This is the best way to protect him,” she said.

Genser said Chinese officials had now broadened their methods of torture to include family members. He described how Gao and his family were monitored under house arrest by live-in thugs, how they followed Gao’s daughter to school, insulted her in front of classmates, and even followed her into the bathroom.

Genser said he had asked the White House if President Obama would meet with Chen and Geng He while they were in Washington for the hearing, but was told to go to the State Department.

While there are many things that can be done, a clear position on human rights and executive leadership from the president is what is needed to see real improvement on human rights in China, Genser said.

“Unless and until a clear, unequivocal, and consistent message on human rights is delivered to the Chinese government—complete with benchmarks, timelines, and consequences for inaction—we should not expect its behavior to change,” he said.