On June 24, the U.S. military said they had moved about 100 wooden coffins to the demilitarised zone between North and South Korea.

The move comes in preparation for North Korea’s return of the remains of American soldiers who have been missing since the 1950–1953 Korean War.

“Today UNC moved 100 wooden Temporary Transit Cases, built in Seoul, to the JSA. We are preparing to receive and transport remains in a dignified manner when we get the call to do so,” U.S. Forces Korea said in a statement.

Today UNC moved 100 wooden Temporary Transit Cases, built in Seoul, to the JSA. We are preparing to receive and transport remains in a dignified manner when we get the call to do so.

That same day, 158 metal transfer cases were sent to the U.S. air base near Seoul, the capital of South Korea, and would also be used to send the remains home, U.S. Forces Korea spokesman Col. Chad Carroll said.

Carroll told the Associated Press that plans for the repatriation were “still preliminary,” and denied a report from South Korea’s Yonhap news agency that U.S. military vehicles were carrying over 200 coffins and planning to cross into North Korea on Saturday.

President Donald Trump met with North Korean leader Kim Jong Un in a historic summit on June 12 in Singapore. The president said at a news conference afterward that Kim had agreed to return the remains.

Previously, U.S. officials and Trump himself said that the remains are believed to be some or all of the more than 200 complete sets of remains that the North Koreans have had for some time. However, the precise number and the identities—including whether they are U.S. or allied troops—won’t be known until the remains are tested, reported AP.

More than 35,000 Americans died on the Korean Peninsula and 7,702 are still missing in action, according to the Defense POW/MIA Accounting Agency.

Of those, an estimated 5,300 are believed to be in North Korea. North Korean officials have indicated in the past that they have the remains of as many as 200 U.S. troops, the Pentagon said. In total, more than 36,500 U.S. troops died in the conflict.

A prior repatriation agreement between the United States and Korea stalled in 2005 due to political tensions. The deal lasted for 15 years, allowing the United States to recover 229 sets of remains and identify scores of others. 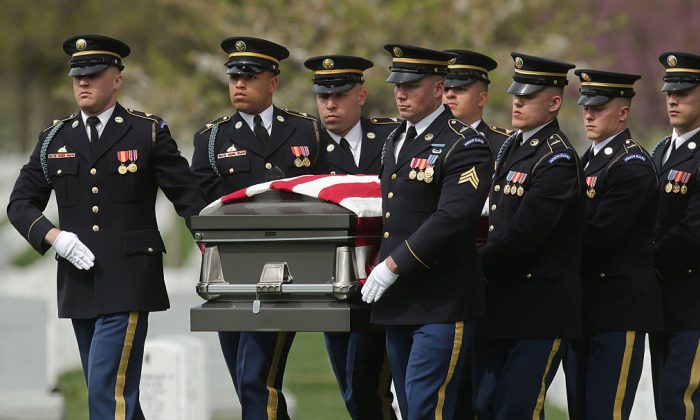