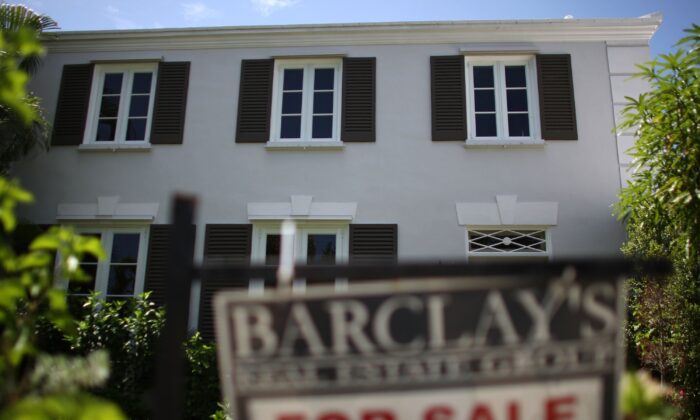 U.S. mortgage rates last week jumped to a two-year high and are expected to continue rising, which may further squeeze first-time homebuyers out of the market, while inflation continues to rise rapidly across the nation.

Many buyers were already struggling with higher home prices and limited housing stock.

The average rate for a 30-year fixed-rate mortgage averaged 3.69 percent for the week ending Feb. 10, up from 3.55 percent the previous week, according to a report released on Feb. 10 by Freddie Mac.

The average long-term rate had been flat for three weeks after rising nearly a half-point in January.

Mortgage rates are now at their highest rate since January 2020 when it was at 3.72 percent, before the start of the CCP (Chinese Communist Party) virus pandemic.

The average rate on 15-year, fixed-rate mortgages—which is popular among those refinancing their homes—stands at 2.93 percent, up from 2.77 percent a year ago.

“The normalization of the economy continues as mortgage rates jumped to the highest level since the emergence of the pandemic,” said Sam Khater, chief economist for Freddie Mac.

“Younger consumers—more so than other groups—expect home prices to rise even further, and they also reported a greater sense of macroeconomic pessimism,” said Doug Duncan, chief economist for Fannie Mae, noting that young buyers’ “sense of optimism around their personal financial situation declined.”

“All of this points back to the current lack of affordable housing stock, as younger generations appear to be feeling it particularly acutely and, absent an uptick in supply, may have their homeownership aspirations delayed,” continued Duncan.

The share of people who said they were planning to buy a home fell to 25 percent in January, according to a Fannie May survey.

Housing was in short supply even before the pandemic, and the inflated cost of living and rising interest rates are making it harder for those seeking to buy a new home.

Home prices continued to rise in the fourth quarter of 2021, according to a Feb. 10 report by the National Association of Realtors.

The median price for a new single-family home rose by 14.6 percent, compared with an increase of 15.9 percent in the third quarter, and as much as 30 percent in some cities.

The Federal Reserve has signaled that it would begin to start interest rate hikes in March to combat growing inflation, which means that mortgage rates are likely to continue to rise in the coming months.

The central bank is reversing its pandemic era policies that stimulated economic growth but have also contributed to the highest inflation levels in 40 years.

Many investors expect the Fed to raise rates by half a percentage point next month.

Meanwhile, the Labor Department said on Feb. 10, that consumer prices last month were up 7.5 percent compared to the same month a year earlier, the steepest yearly increase since February 1982, which is bad news for potential buyers.

Reuters and AP contributed to this report.