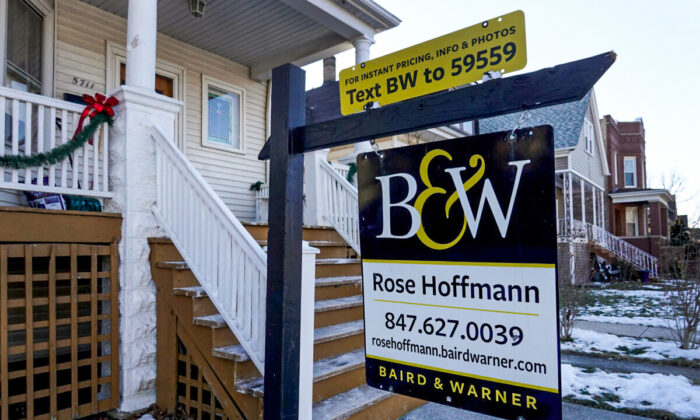 Interest rates on 30-year fixed-rate mortgages have exceeded 4 percent for the first time in more than two years as overall mortgage applications declined for the week ending Feb. 11, based on data from the Mortgage Bankers Association’s (MBA) Weekly Mortgage Applications Survey.

“The 30-year fixed-rate saw the largest single-week increase since March 2020 and was above the 4 percent mark for the first time since 2019. Consistent with this period of higher mortgage rates, refinance applications fell 9 percent last week and stood at around half of last year’s pace. The refinance share of applications was also at its lowest level since July 2019,” Joel Kan, MBA’s Associate Vice President of Economic and Industry Forecasting, said in a press release dated Fen. 16.

The Market Composite Index, which measures the volume of mortgage applications, fell by 5.4 percent on a seasonally adjusted basis. Without seasonal adjustments, the index declined by 3 percent.

According to Kan, government purchase applications accounted for most of this decline. Buyers are facing higher mortgage rates and elevated property sales prices. The average loan size is now at a record $453,000.

The increase in mortgage rates was due to the rise in Treasury yields which have moved higher due to “unrelenting” inflationary pressures and markets having higher expectations about the Federal Reserve’s aggressive policy moves, Kan added.

After the pandemic broke out, the Fed had reduced its benchmark rate to almost zero and began buying trillions of dollars worth of mortgage-backed securities and government bonds. This had led to mortgage rates falling below 3 percent.

But with the economy recovering and inflation at decades-high levels, the Federal Reserve has switched its stance and has indicated a potential rate hike in March. A Reuters poll of economists predicts a 25 basis point interest rate when the Fed meets next month while some polled members are pushing for a 50 point hike.