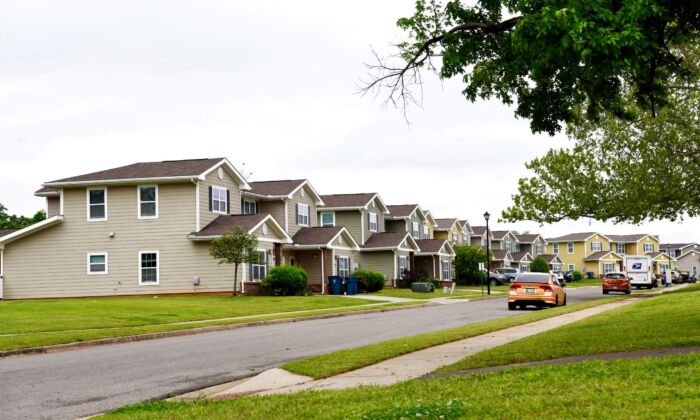 Homes that were constructed by Balfour Beatty are seen in a neighborhood at Tinker Air Force Base, Okla., on May 1, 2019. (Nick Oxford/Reuters)
Companies

The U.S. Justice Department said it resolved probes into Balfour Beatty Communities, one of the U.S. military’s largest private landlords, after it pleaded guilty on Wednesday to one count of major fraud and agreed to pay over $65 million in fines and restitution.

Balfour Beatty was being investigated for defrauding the U.S. Air Force, Army, and Navy. A company spokesperson said on Thursday: “We have taken full responsibility and apologize to all our stakeholders.”

The company is a unit of British infrastructure conglomerate Balfour Beatty Plc.

U.S. District Judge Emmet Sullivan accepted the company’s guilty plea on Wednesday and sentenced it to pay over $65 million, serve three years of probation, and engage an independent compliance monitor for a period of three years.

“This pervasive fraud was a consequence of Balfour Beatty Communities’ broken corporate culture.”