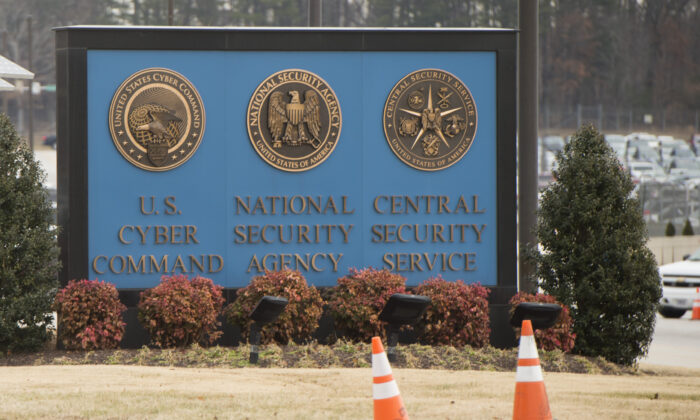 A sign for the National Security Agency (NSA), U.S. Cyber Command and Central Security Service, near the visitor's entrance to the NSA headquarters in Fort Meade, Md., on Feb. 14, 2018. (Saul Loeb/AFP via Getty Images)
Middle East

US Military Base in Syria Targeted in Rocket Attack

A rocket attack targeting the U.S. military’s Green Village base in northeast Syria failed to hit U.S. or coalition forces or any equipment, the U.S. Central Command said.

Three 107 mm rockets targeted the base on Sunday and a fourth rocket along with rocket tubes was found at the launch point, about 5 kilometers (3 miles) away, the command said in a statement.

The Green Village base was targeted last month in violence between the U.S. military and Iran-backed militants leaving at least one U.S. military service member in Syria with a minor injury.

The incident triggered a U.S. response that killed two or three militants conducting the attacks.

The Central Command said it was investigating the latest failed attack, which struck at approximately 7:05 p.m. local time in Syria.

U.S. forces first deployed in Syria during the Obama administration’s campaign against ISIS, partnering with a Kurdish-led group called the Syrian Democratic Forces. There are about 900 U.S. troops in Syria, most of them in the east.