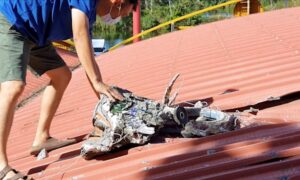 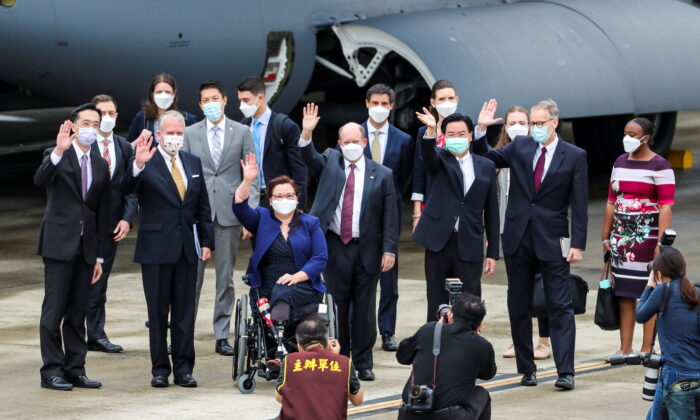 A U.S. military airplane arrived at Taipei Songshan Airport and departed after a brief stopover, according to a Taiwan legislator.  The visit sparked stern criticism from Beijing.

On the morning of July 15, a U.S. military aircraft C-146A landed at Taipei Songshan Airport and stayed for about 10 minutes before its takeoff, according to Wang Ting-yu, an MP of the Republic of China (ROC) and a member of the Democratic Progressive Party (DPP). Wang posted a 66-second video regarding the event on his personal Facebook account.

In a response to the event, Wu Qian, the spokesman for the Ministry of National Defense of the People’s Republic of China (PRC) stated that “the Chinese People’s Liberation Army maintains a high degree of alert and will take all necessary measures,” according to an official website.

Beijing sees Taiwan as a part of its territory and has threatened war to bring the island into its fold. The self-ruled island is a de facto independent country with its own democratically elected government, military, constitution, diplomacy, and currency.

So far, the ROC’s Ministry of National Defense, Ministry of Foreign Affairs. and the American Institute in Taiwan (AIT) have made no comment on this event.

This is the second response China’s Ministry of Defense has made to U.S. military aircraft visits to Taiwan. The previous one was in early June when U.S. Senators Ladda Tammy Duckworth (D-Ill.), Daniel Scott Sullivan (R-Alaska), and Christopher Andrew Coons (D-Del.) visited Taiwan aboard a U.S. C-17 transport aircraft.

Legislator Wang Ting-yu believed that there would be many possible interpretations of this surprise visit of the U.S. military aircraft, including refueling, mechanic check, personnel, or equipment handover. He argued that the visit underscored the interactions between Taiwan and the United States and that the Chinese Communist Party (CCP) should not make thoughtless remarks or draw any illusory red lines.

Wang asserted that it is up to Taiwan to decide who to welcome or not to welcome on its soil.

“The CCP’s arrogant comments have proved nothing but its rudeness and bullying,” the MP added.