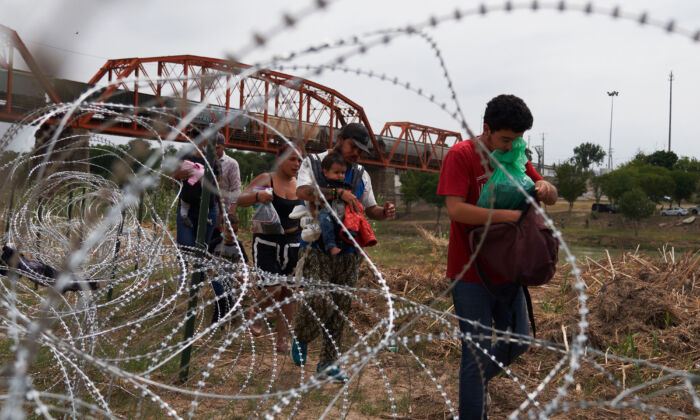 The U.S.-Mexico border has become the world’s “deadliest” land crossing, according to data recently brought to light by a United Nations study.

A historic high of 728 recorded immigrant deaths and disappearances along the U.S.-Mexico border crossing in 2021 has made the land crossing the deadliest in the world, according to the study conducted by the United Nations agency, the International Organization for Migration (IOM).

These deaths accounted for the majority of the 1,238 immigrant deaths in the Americas in 2021, the IOM said in a press release on July 1, adding that these numbers should be considered an “undercount” due to difficulties in collecting data.

The study attributed the deaths and disappearance of immigrants in the Americas to a “lack of options for safe and regular mobility,” saying that this would drive migrants, presumably those choosing to enter as illegal aliens, to pursue riskier dangerous pathways to their destinations.

The agency also noted how the dangers faced by migrants are highlighted by recent news about what amounted to the deadliest known smuggling incident in American history: the discovery of 53 bodies in a tractor-trailer packed with 67 illegal immigrants in San Antonio on June 27.

The record deaths came as Customs and Border Protection (CBP) agents reported a record number of apprehensions along the southern border.

In the same month, 79 illegal immigrants were found dead or died while crossing the border, according to the CBP data.

“Very vulnerable people take the risk and pay criminal cartels who don’t give one cent about these people,” Homan said, adding that more migrants have died so far during President Joe Biden’s term in office than “any time [he] can remember in [his] 35-year career.”

Since Biden took office in January 2021, border authorities have apprehended more than 3.2 million illegal border crossers, according to CBP data. An additional 800,000 or so have been detected but evaded capture.

The Epoch Times has reached out to the Department of Homeland Security for comment.