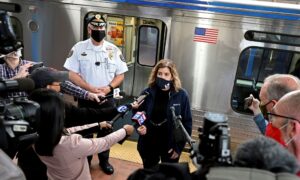 DA: ‘Not True' That Train Rape Case Witnesses Filmed and Did Nothing to Intervene
0
Share Now
TelegramFacebookTweetEmailTellMeWeReddit
Copy Link 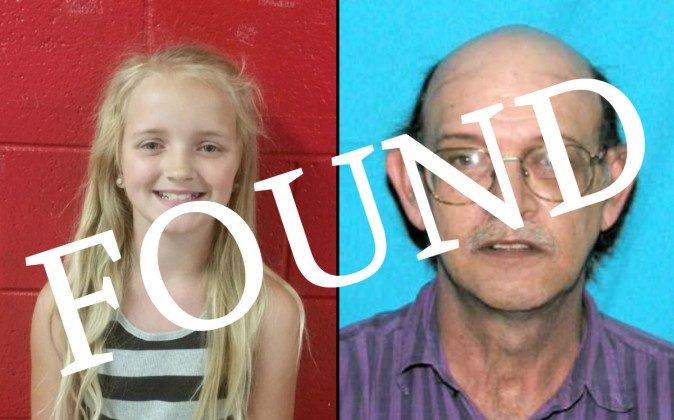 May 13 update: Carlie is still in hospital, Simpson being held on $1 million bond. Full article here.

After 8 days, the search is over.

The Tennessee Bureau of Investigation (TBI) confirmed Carlie Trent, the missing 9-year-old from Rogersville, Tennessee, has been found alive.

Two locals, Donnie Lawson and Stewart Franklin, found Carlie and her uncle and kidnapper, Gary Simpson, while checking their property in Hawkins County, about 20 miles from Rogersville, TBI Director Mark Gwyn said during a press conference broadcast live by NewsChannel5.

Simpson is being held without bail.

Carlie was examined at a local hospital.

“Carlie is safe tonight because an entire community pulled together and worked with law enforcement to bring her home,” Gwyn said in a statement.

“We will work with District Attorney Dan Armstrong to ensure that Gary Simpson is prosecuted to the fullest extent of the law. Gary Simpson is charged with Especially Aggravated Kidnapping, but officers and agents will pursue additional charges if warranted,” said Gwyn.

Linda Simpson, Gary’s wife, told WBIR that she is relieved.

According to Carlie’s pediatrician, Dr. Chris Calendine, a source knowledgable in the case, authorities found Trent and Simpson on Gravely Valley Road, in Surgoinsville, Tenn.

The van Simpson had kidnapped Carlie with was hidden in a barn on Clinch Mountain, in a remote area, according to Calendine.

Since then, the total reward amount has skyrocketed to over $40,000.

Nine-year-old Trent, who was kidnapped by her uncle, 57-year-old Gary Simpson, was last seen during the afternoon hours on May 4. She was signed out of her Rogersville, Tenn., school under the false pretense that her father had been in a car accident.

Tips had been flying in from 19 states and the case had gained the attention and aid of the FBI.

The TBI said efforts included: “Ground searches, involving several partner agencies continue, along with air searches by helicopter, performed by the Tennessee Highway Patrol” and will be “ongoing on an ‘as-needed basis’ as part of the overall search effort.”

On Thursday, May 12, the Tennessee Bureau of Investigation (TBI) had placed Simpson on its Top Ten Most Wanted list. They deemed him under investigation for “Especially Aggravated Kidnapping.” Simpson has no custodial rights to Carlie, and the TBI believed Carlie was in “imminent danger of serious bodily injury or death.”