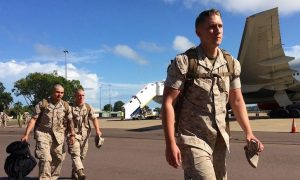 Hundreds of US Marines Leave Australia After Troop Rotation
0 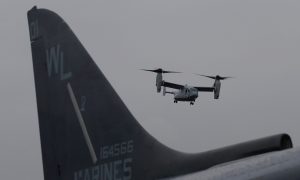 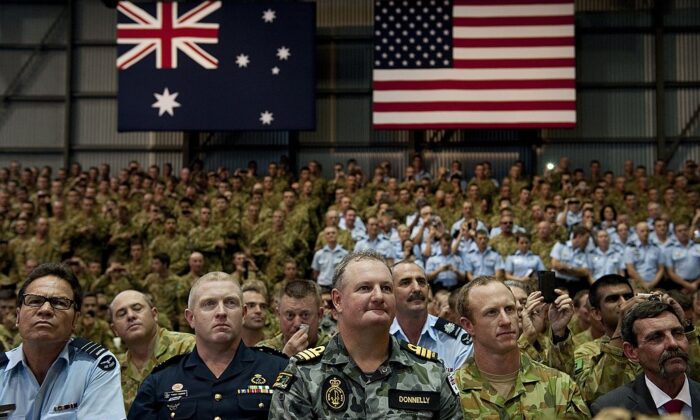 Australian troops and US Marines listen as then-US President Barack Obama delivers an address at RAAF Base Darwin on November 17, 2011. (Saul Loeb/AFP via Getty Images)
Australia

US Marines to Arrive in Northern Territory This Week

The Northern Territory will once again see a rotation of United States Marines despite the COVID-19 pandemic.

The first of about 1200 U.S. Marines will arrive in Darwin for joint exercises this week as part of a near decade-long arrangement that has been delayed for two months because of the COVID-19 pandemic.

Despite the risk of re-introducing COVID-19 to the Top End, which was declared free of the disease nearly a fortnight ago and not had any locally diagnosed cases for eight weeks, Defence Minister Linda Reynolds said in early May the six-month rotation would go ahead.

Northern Territory Health Minister Natasha Fyles said strict guidelines had been placed on the rotation with all Marines to quarantine for 14 days on a military base when they arrive in Darwin.

“There is a very, very low risk to the community,” she told reporters.

Each Marine will be screened four days before departure, screened and tested upon arrival in Australia and at the end of the quarantine period.

Rotation numbers had been reduced to 1200 with troops coming in smaller groups during June and July and will stay in Australia until September.

The Northern Territory’s last two cases of COVID-19 were two defence force members who contracted it in the Middle East and who flew back to Darwin to recover in hospital.

The first U.S. service member to test positive was based in South Korea. He had recovered and was released in mid-April after 49 days in isolation.

The 2019 rotation consisted of 2500 U.S. Marines and a range of aircraft and other equipment.