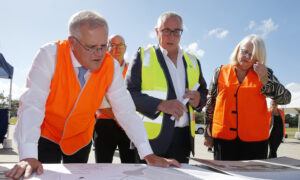 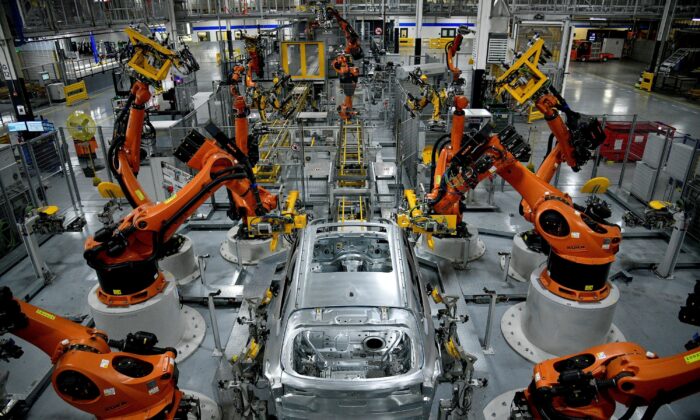 US Manufacturing Sector Picks up in May, Work Backlogs Rising: ISM

WASHINGTON—U.S. manufacturing activity picked up in May as pent-up demand amid a reopening economy boosted orders, but unfinished work piled up because of shortages of raw materials and labor.

The Institute for Supply Management (ISM) said on Tuesday its index of national factory activity increased to a reading of 61.2 last month from 60.7 in April.

A reading above 50 indicates expansion in manufacturing, which accounts for 11.9 percent of the U.S. economy. Economists polled by Reuters had forecast the index rising to 60.9 in May.

A shift in demand to goods from services as the COVID-19 pandemic kept Americans at home, strained supply chains, with the virus also disrupting labor at manufacturers and their suppliers, leading to raw material shortages across industries.

More than half of adults in the United States are now fully vaccinated against COVID-19, allowing authorities to lift pandemic-related restrictions on businesses. That is whipping up demand across the economy, as is massive fiscal stimulus. There is no sign the supply bottlenecks are easing, even as demand is reverting back to services.

The survey’s forward-looking new orders sub-index jumped to 67.0 from a reading of 64.3 in April. Inventories at factories are barely growing and business warehouses are almost bare.

But production is being constrained by worker shortages. A measure of factory employment dropped to a six-month low in May. Labor is scarce despite nearly 10 million Americans being officially unemployed.

Generous unemployment benefits funded by the government, problems with child care, and fears of contracting the virus, as well as pandemic-related retirements have been blamed for keeping workers home.

Lack of workers and shortages of raw materials such as semiconductors used in the production of motor vehicles and electronic goods led to a further increase in backlogs of uncompleted work.

The shortages are also keeping input prices elevated. The ISM survey’s measure of prices paid by manufacturers hovered near levels last seen in July 2008, when the economy was in the throes of the Great Recession.

The higher prices are fanning inflation pressures. The government reported on Friday that a measure of underlying inflation tracked by the Federal Reserve for its 2 percent target accelerated 3.1 percent on a year-on-year basis in April, the biggest increase since July 1992.

Most economists and Fed Chair Jerome Powell maintain that higher inflation will be transitory.

The slowdown in hiring at factories last month could temper expectations for an acceleration in job growth in May after nonfarm payrolls increased by only 266,000 in April.

According to an early Reuters survey of economists, payrolls likely increased by 700,000 jobs in May. The government is due to publish May’s employment report on Friday.