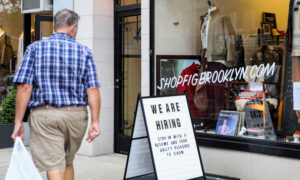 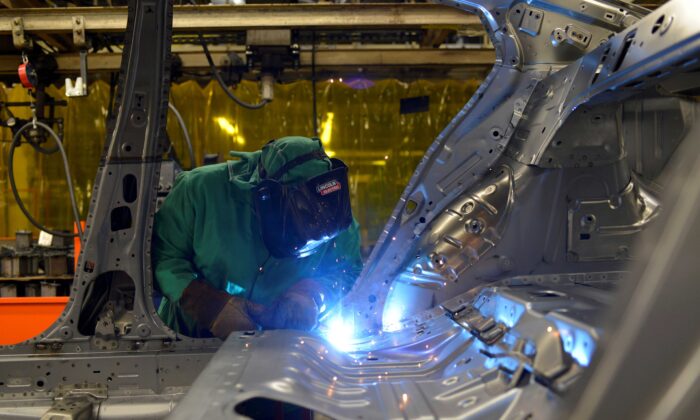 US Manufacturing Near Two-Year High; Road Ahead Difficult

U.S. manufacturing activity accelerated more than expected in October, with new orders jumping to their highest level in nearly 17 years amid a shift in spending toward goods such as motor vehicles and food as the COVID-19 pandemic drags on.

The survey on Nov. 2 from the Institute for Supply Management (ISM) was the last piece of major economic data before the Nov. 3 presidential election. But the outlook for manufacturing is challenging.

While the coronavirus crisis has boosted demand for goods complementing the pandemic life, a resurgence in new cases across the country could lead to authorities reimposing restrictions to slow the spread of the respiratory illness as winter approaches, which could crimp activity. Government money for businesses and workers hit by the pandemic, which boosted economic growth in the third quarter, has dried up.

“Manufacturing rebounded strongly with fewer restrictions on economic activity and stimulus efforts, but the path forward will be more difficult as the economy continues to cope with the pandemic,” said Gus Faucher, chief economist at PNC Financial in Pittsburgh, Pennsylvania.

The ISM said its index of national factory activity increased to a reading of 59.3 last month. That was the highest since November 2018 and followed a reading of 55.4 in September.

A reading above 50 indicates expansion in manufacturing, which accounts for 11.3 percent of the U.S. economy. Economists polled by Reuters had forecast the index rising to 55.8 in October.

The jump in activity, however, likely overstates the health of the manufacturing sector. A report from the Federal Reserve last month showed output at factories dropping 0.3 percent in September and remaining 6.4 percent below the pre-pandemic level.

Manufacturers and suppliers said last month that they “continue to operate in reconfigured factories” and with every month were “becoming more proficient at expanding output.”

Though sentiment among manufacturers remained upbeat, there were two positive comments for every cautious comment, a slight decrease compared to September.

The outcome of Nov. 3’s vote is expected to lead to a brief period of uncertainty.

Stocks on Wall Street were trading higher following their steepest weekly loss. The dollar was steady against a basket of currencies. U.S. Treasury prices rose.

Manufacturing’s continued recovery will likely keep the economy floating, with growth expected to slow sharply in the fourth quarter after a historic 33.1 percent annualized rate of expansion in the July–September period.

Growth in the last quarter, which followed a record 31.4 percent pace of contraction in the April–June quarter, was juiced up by more than $3 trillion in government pandemic relief. There’s no deal in sight for another round of fiscal stimulus.

A separate report from the Commerce Department on Nov. 2 showed that construction spending rose a moderate 0.3 percent in September, slowing after a 0.8 percent increase in August.

The coronavirus crisis has pulled spending away from services toward goods that complement the changed lifestyle. Spending on goods has surpassed its pre-pandemic level.

Makers of chemical products reported “business continues to be robust.” Food manufacturers said they had “increased production due to stores stocking up for the second wave of COVID-19.” Manufacturers of computer and electronic products said the coronavirus continued “to have an effect on supplier support and operations, more from a decreased labor perspective rather than unavailable material.”

The ISM’s forward-looking new orders sub-index surged to a reading of 67.9 last month, the highest reading since January 2004, from 60.2 in September. Customers’ inventories remained too low for the 49th straight month, and order backlogs steadily increased, which bodes well for future production.

“On the upside, social distancing efforts, which have been a factor in consumers pivoting spending away from services and toward goods, is showing no signs of abating, especially as virus case counts are surging again,” said Sarah House, a senior economist at Wells Fargo Securities in Charlotte, North Carolina.

“This shift to goods spending should continue to underpin orders, but is unlikely to go on with the same muster as it did earlier when an initial flurry of spending on manufactured goods aimed at setting up at-home offices and remote classrooms boosted goods spending.”

According to a Reuters survey of economists, nonfarm payrolls probably increased by 700,000 jobs last month after rising 661,000 in September. Employment growth has cooled from a record 4.781 million in June. About 11.5 million of the 22.2 million jobs lost during the pandemic have been recovered.

The government is scheduled to publish October’s employment report on Nov. 6.