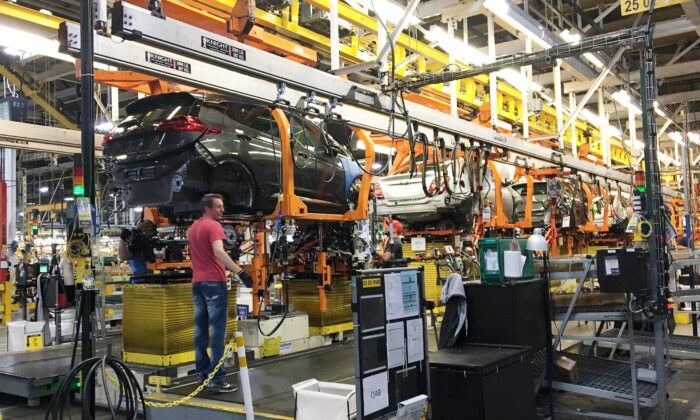 US Manufacturing Growth Slows in January, While Employment Numbers Improve

U.S. manufacturing activity growth continued to slow in the month of January, said the Institute for Supply Management in a report on Feb. 1.

January saw manufacturing activity fall to a 14-month low amid an outbreak of Omicron cases at the start of the year.

ISM did mark, however, the third straight month of improvements in the labor and supply chain crunch.

Unfinished work has increased at its slowest pace in 15 months as manufacturers remain upbeat on demand according to the report.

“Still, there were shortages of critical intermediate materials, difficulties in transporting products and lack of direct labor on factory floors due to the COVID-19 omicron variant,” he added.

The reading pointed to the weakest growth in factory activity since September of 2020.

Many economists had expected the manufacturing Purchasing Managers Index to drop to 57.5 from the 58.7 percent originally reported for the previous month.

A reading above 50 percent indicates expansion in manufacturing, which accounts for 11.9 percent of the U.S. economy.

The PMI index decreased for the third straight month, slipping to its lowest level in over a year.

The continued decline in the PMI index came as the new orders index slumped to 57.9 percent in January from 61 percent in December, while the production index slid to 57.8 from 59.4 percent.

The price index surged up to 76.1 in January from 68.2 percent in December, suggesting an acceleration in price inflation after a slowdown in the previous month.

An ease in supply shortages will likely boost manufacturing and sustain economic expansion, but the rise in prices paid by manufacturers suggests that inflation could remain uncomfortably high for a while.

The employment index ticked up to 54.5 in January from 53.9 percent in December, indicating a modest acceleration in the pace of job growth, with layoff numbers hitting a record low.

A separate report from the Labor Department from Feb. 1, showed job openings increasing 150,000 to 10.9 million at the end of December, close to the all-time high of 11.098 million reached in July.

The rise was led by accommodation and food services, which reported an additional 133,000 job openings.

The Labor Department is scheduled to publish January’s employment report on Feb. 4.

The U.S. economy grew at a 6.9 percent annualized rate in the fourth quarter, helping to boost overall growth in 2021 to 5.7 percent, the strongest performance since 1984.

The Federal Reserve announced last week that it was likely to raise interest rates in March, with economists expecting as many as three to five hikes this year to tame inflation.

The ISM is scheduled to release a separate report on activity in the service sector in the month of January on Feb. 3,

It is expected that the PMI for services in the upcoming report is stated to have dropped to 58.7 percent in January from 62 percent in December.