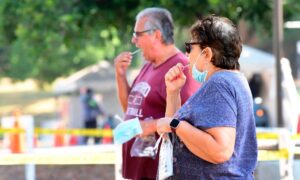 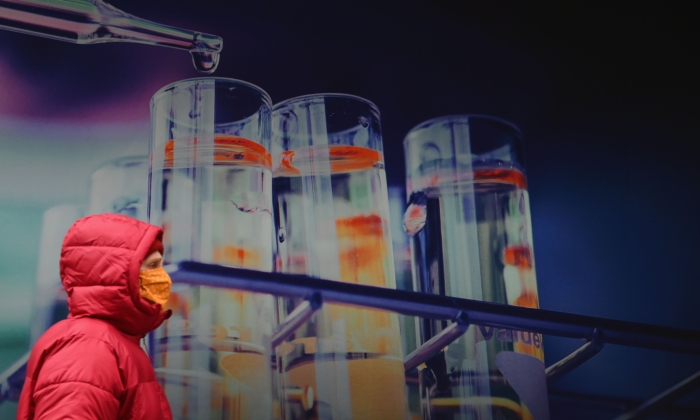 More than 3,000 people perished from the Chinese Communist Party (CCP) virus in the United States on Dec. 9—a new grim record for a pandemic that has been worsening for weeks.

The CCP virus, commonly known as the coronavirus, is believed to spread easier indoors. The approach of the cold winter months, when many activities move indoors, suggests that the daily losses may grow worse before the outbreak subsides.

According to data from the COVID Tracking Project, 3,054 people in the United States died from the CCP virus on Dec. 9.

The United States has been averaging 206,000 new daily infections over the past week. Deaths are averaging more than 2,200 a day, and a record 104,000 people were hospitalized as of Tuesday.

A total of 20,922 COVID patients are in intensive care units and 7,624 are on ventilators. More than 280,000 people have died from the virus in the United States since the outbreak began early this year.

A new poll shows that many people are skeptical about a vaccine for COVID-19, the disease caused by the CCP virus. About one-fourth of U.S. adults say they won’t get the shot, and another quarter are unsure. A Food and Drug Administration advisory panel meets Thursday to discuss whether to authorize the Pfizer vaccine for emergency use.

The death toll is soaring despite extraordinary compliance with mask orders across the United States, especially in urban areas where the spread of the virus is the most rapid. Compliance is at 97 percent in the San Francisco, New York, and DC metro areas; 96 percent in Miami-Fort Lauderdale, Seattle, and Philadelphia; 95 percent in Chicago; and 94 percent in Dallas-Fort Worth-Arlington, according to The Delphi group at Carnegie Mellon University.

The ongoing negotiations in Congress over a relief package have advanced the idea of $600 in direct payments to many Americans.

Ty Rushing, who covers the region as managing editor of the Northwest Iowa Review, said obituaries in his newspaper have been piling up.

In Iowa’s Harrison County, 47 deaths have been attributed to the virus out of a population of about 14,000. Most of the deaths have resulted from outbreaks in nursing homes for small towns like Dunlap.

Dunlap City Clerk Meredith Van Houten said almost everyone in the town of about 950 people has a connection to those who have died. She said one was her old neighbor.